The End of the Season (Christmas Edition)

I have a lot to say here so I put this blog into three parts for easier reading.

I thought I would share a few things I did a few weeks ago as the Sierra quickly went from fall to winter conditions. The following is from my very last days there for the year. The heavy snow did not come until a week later, but during the time I was there the weather was really nice. One of the areas that was still easy to access was Parker Lake.

After a short dirt road drive off the June Lake Loop one goes to the trailhead parking for Parker Lake. There is some uphill on this hike, but nothing too dramatic. You can see some snow along the trail: 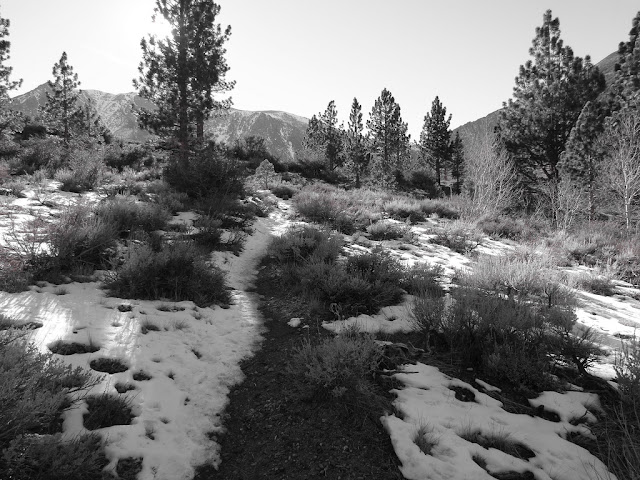 Then things flattened out for the rest of the hike. I encountered the stream that runs out of the lake, and then the trail goes through a forest of trees. Lots of leafless trees as fall colors were long gone by now: 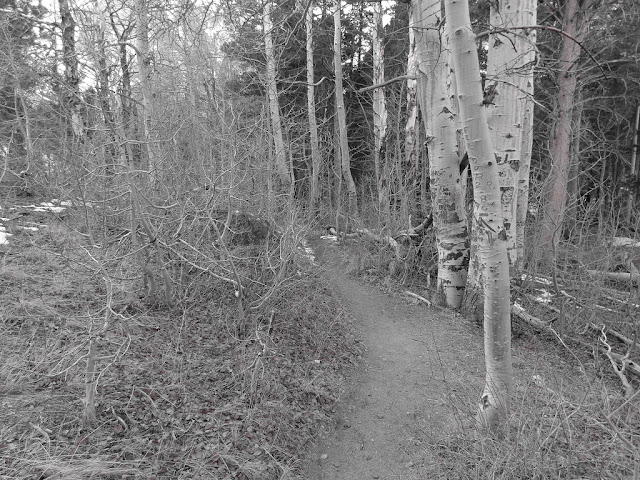 I would say it takes about 45 minutes to get to the lake. You don’t actually get to see the full lake until you have cleared the forest right at the lake. I was somewhat surprised to see this: 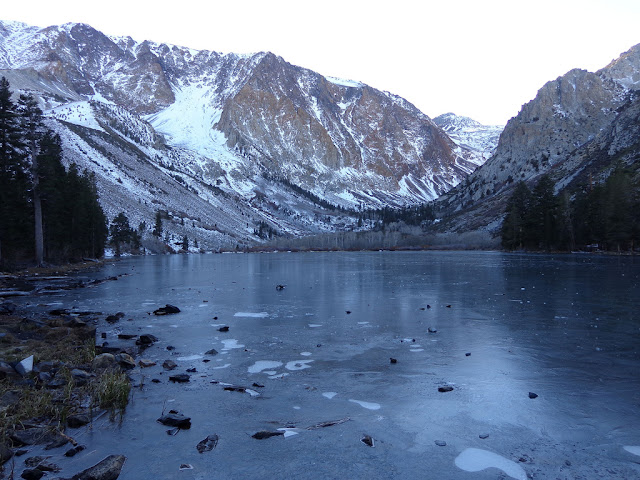 It was completely iced over. The elevation is only in the 8,300 ft. range, but I didn’t think this lake would get this way at this time of the year. One thing I noticed is the sun does not hit the lake very long during this period. The sun barely goes over the mountain side and was already down during the early afternoon I took these pictures. While I would not consider the area I was at very cold, it definitely had a winter cool with it. It was rather pleasant, but quiet at the same time. 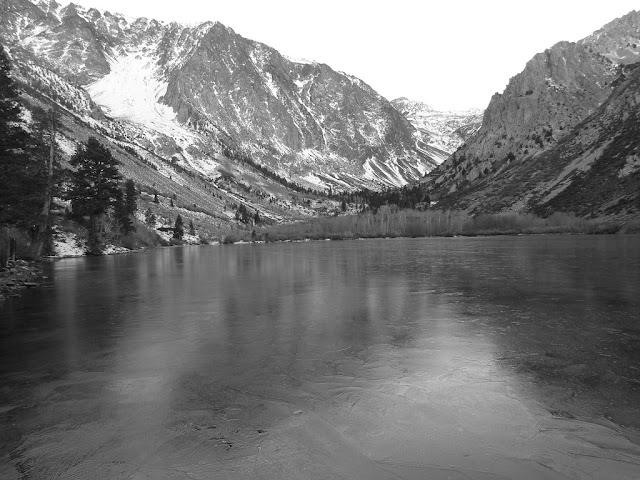 I went around the lake some more. One can continue around the lake to Parker Pass which gets you to the Mono Pass trail in Yosemite I have covered before. At about this time I heard a strange sound that sounded like a Star Wars gun laser sound. It kept happening. I then realized a man and woman had reached the lake and were throwing rocks on it. The rocks were bouncing off the lake ice and making that sound by bouncing along. I tried to do it a few times myself. I then realized why there were so many rocks on the lake. 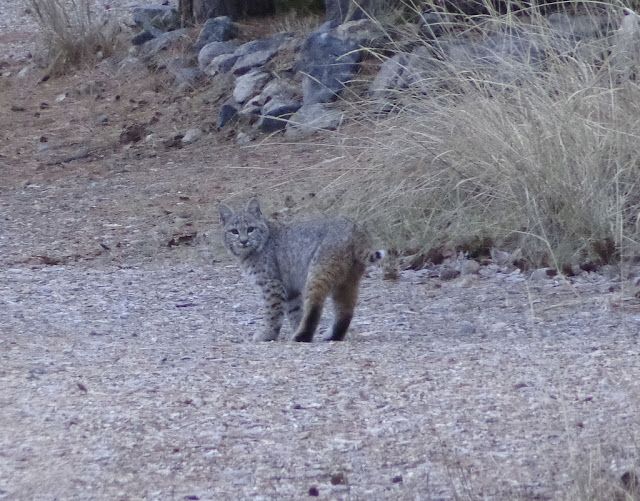