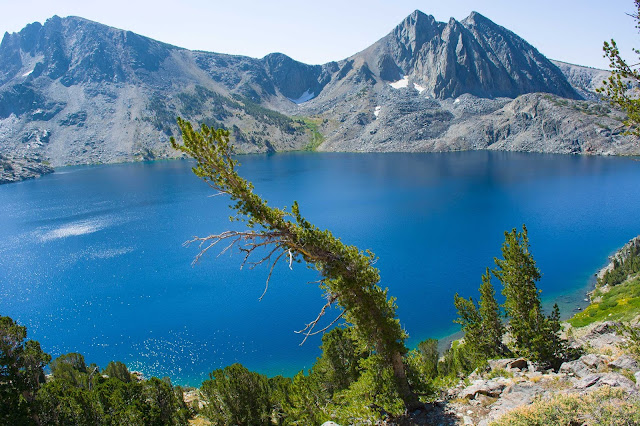 Almost there. Just around this corner. 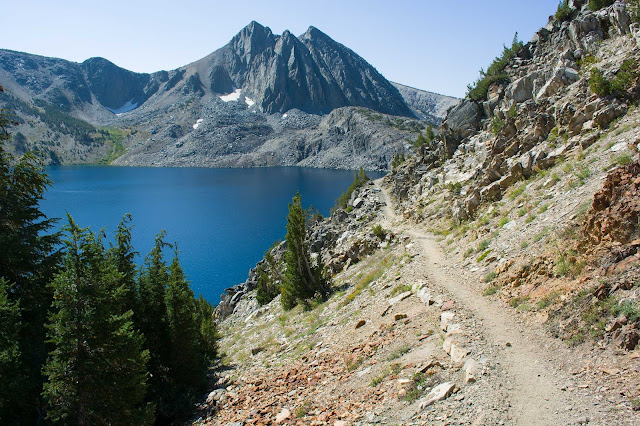 I looked down. Yeah, not a good idea to slip and fall here. 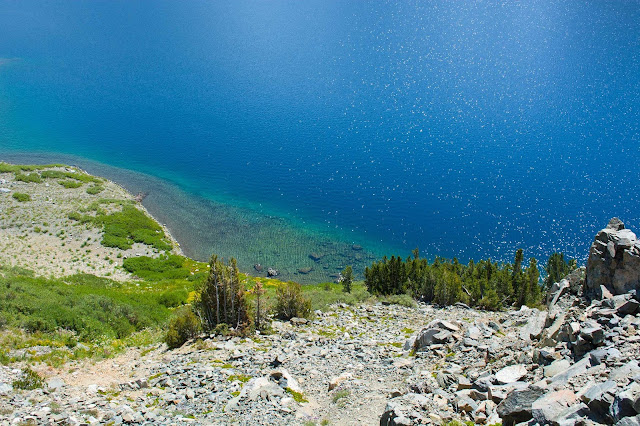 A little further down, and we reached the end of the lake. 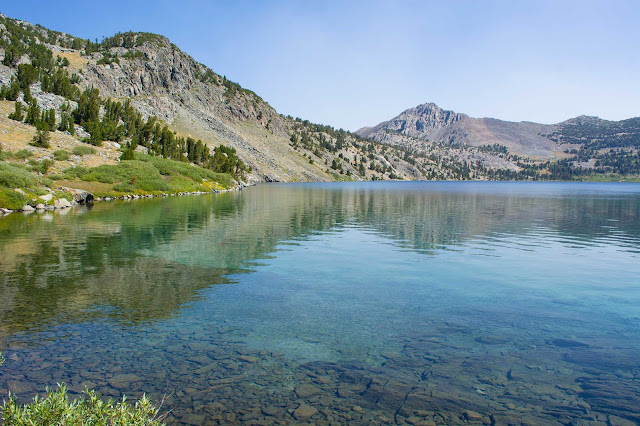 It was very quiet here. I just enjoyed the overwhelming silence. 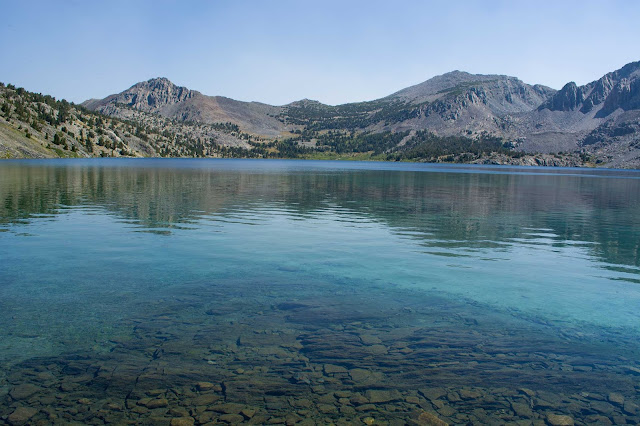 I looked at where the trail continued, but there were no signs there. I'm was pretty sure that it connected with the John Muir Trail/Pacific Crest Trail within a few miles. In any case, we spent about thirty minutes here, and turned around.

It took us a few hours to get back to the trailhead, but we ended up taking another side trail on the way back so we passed by Emerald Lake which you can see a picture of in this blog HERE.

So all in all, not my first choice for a hike, but a pretty good substitute. Btw, you might be wondering why they call it "Duck Lake"? Does the lake look like a duck? Is there a history of ducks migrating here at some point? The only ducks we saw were back at Skelton Lake sleeping just inside the lake near the shore. Not that I care too much, but if you know the answer leave a comment or an e-mail.

So after getting out of the forest area, entering the mountain trail terrain, and having the sun out a little more I was enjoying the hike. I knew I was pretty close to Duck Pass. I could hear the cross-country runners cheering each other and other hikers up the final part. This being the final ascent: 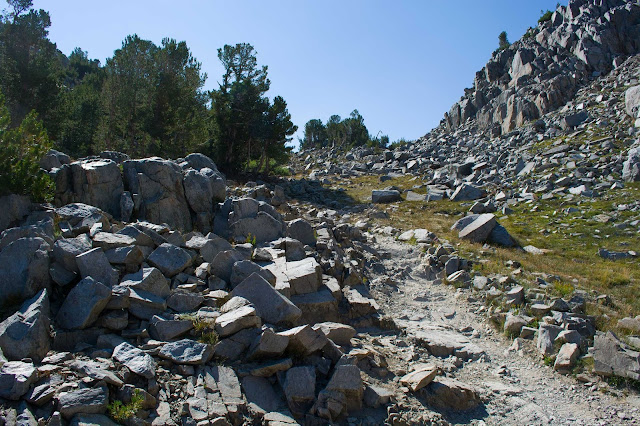 No cheering for me though as I was a little later. That's the price I paid for taking pictures and video along the trail. I didn't care though. I was happy to walk though Duck Pass. 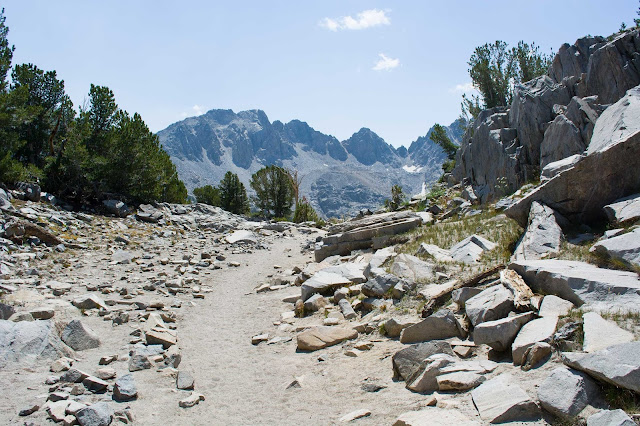 Right after you clear the pass you get to see a small part of the big treasure here in the back country: Duck Lake. 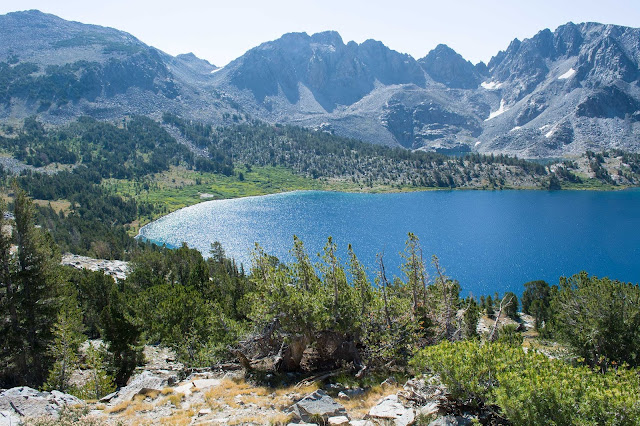 Duck Lake is probably one of the biggest lakes I have seen in the High Sierra back country. Here is the middle portion: 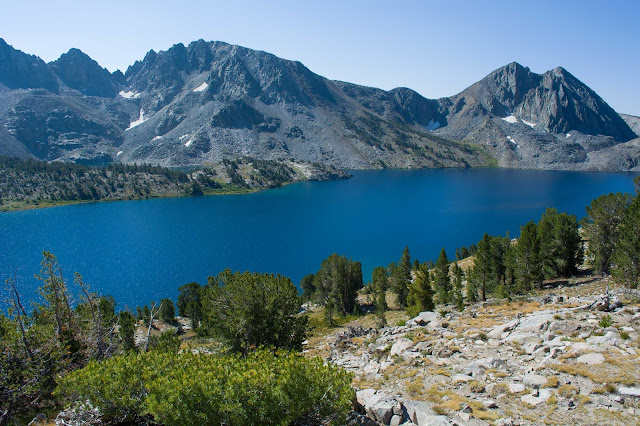 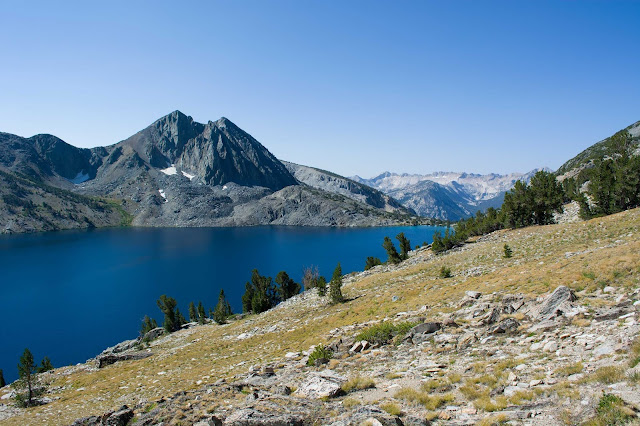 I will wrap this up in the next blog.

This is the first of a three part series of a common hike done out of Mammoth, CA. Honesty, it wasn't my first choice, but I went along with it. Normally, on most hikes that I have had on this blog I am pretty much in charge and kind of have an idea where I am going. On this one I let the other two with me dictate the pace and take me to the unknown.

As we drove into Mammoth my morale for doing the hike was not great since I saw how bad the smoke was all around. I mentioned this quite a lot in the past few blogs, and for the few hikes I did, it wasn't that bad. You still will see some haze as I go along. 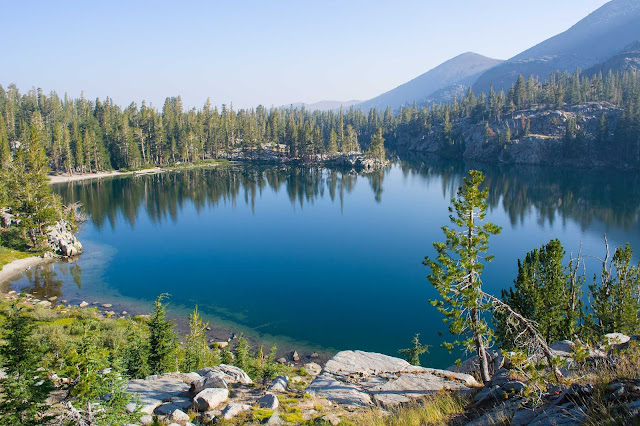 There was a lot of haze there as you can see in the background. If I were to turn the camera to the right the sun was hitting the area in such a way that it was really smokey looking there. Not so on the way back. At this point, many cross-country high school runners would pass us on to the pass. Apparently, doing their training here which is admirable.

After the lake I was getting tired of just walking around in the forest. You could not see very far ahead or around. I was not sure how far we were from where we would end. Then, I saw another lake ahead. 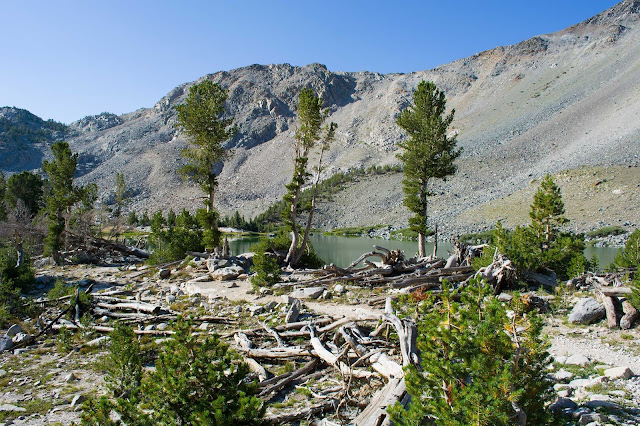 This is Barney Lake. It had a nice color to it. 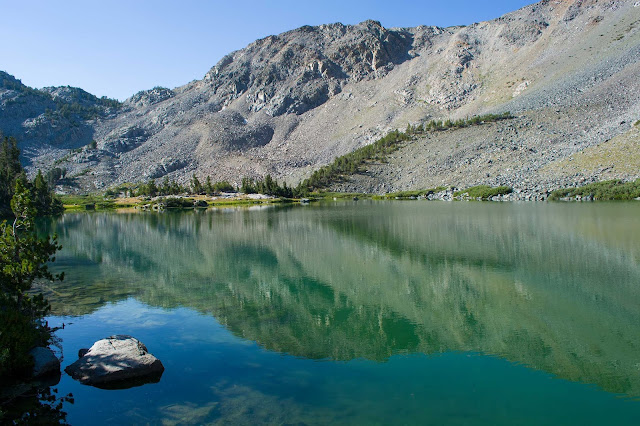 The hike started to get more interesting around here. We were leaving the forest area, and entering mountain terrain. Now I started to wake up a bit and things were alive. 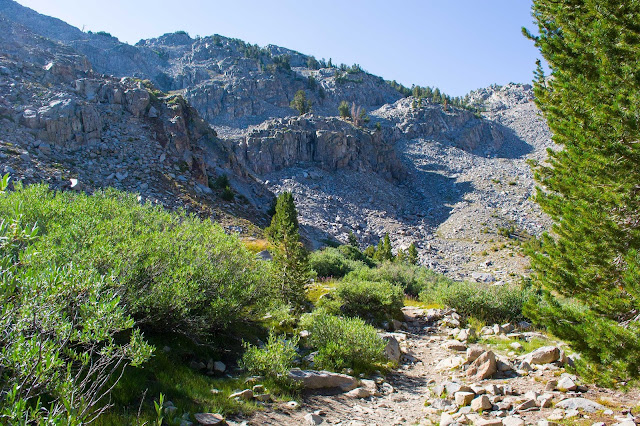 Now we are getting somewhere! A nice rocky terrain trail that started to lift up over the area. Can you see the person ahead? 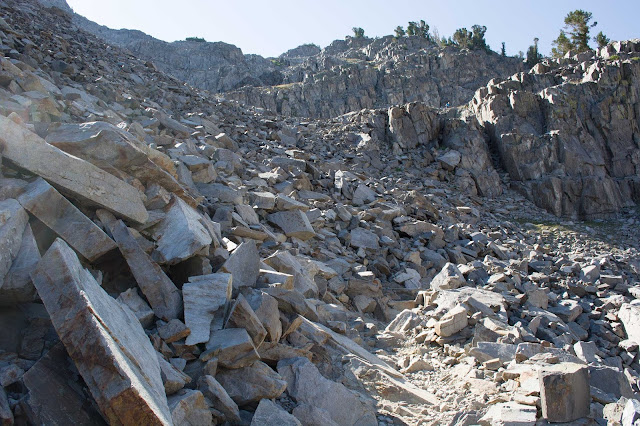 After getting up high enough there was a nice ridge point to look back and take pictures of where I had been. You get a good shot of seeing all of Barney Lake and Mammoth Mountain in the background. 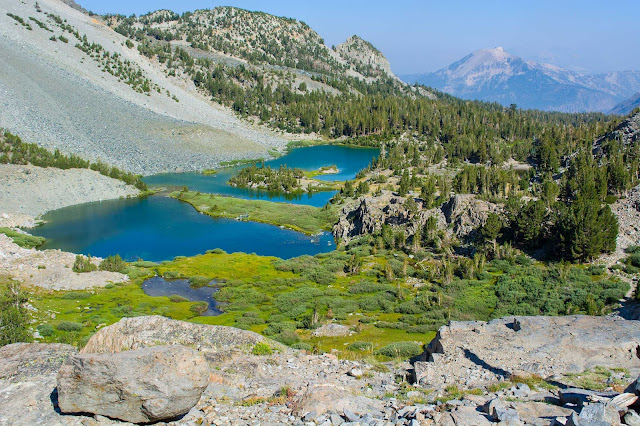 I was tired, but I was enjoying this hike now. I also knew that in all likelihood we were near the pass so the hike would be basically over. Well, sort of.

The music used from Incompetch.com is called Thunderbird and Townie Loop.
Posted by The Great Silence at 10:00 AM