The extended summer! I'm not as much of a boxing fan as I was when I was younger, but I'll watch any fight Gennady Golovkin is in. Oddly enough, you would have to look closely, but I believe that the hike I did to Mt. Hoffman is the one where he partly inspired me. If it is not in the pictures, then look in the video and you should see him at some point.

A few weeks ago I attended the open public/media workout near the Staples Center (Microsoft Square/LA Live). 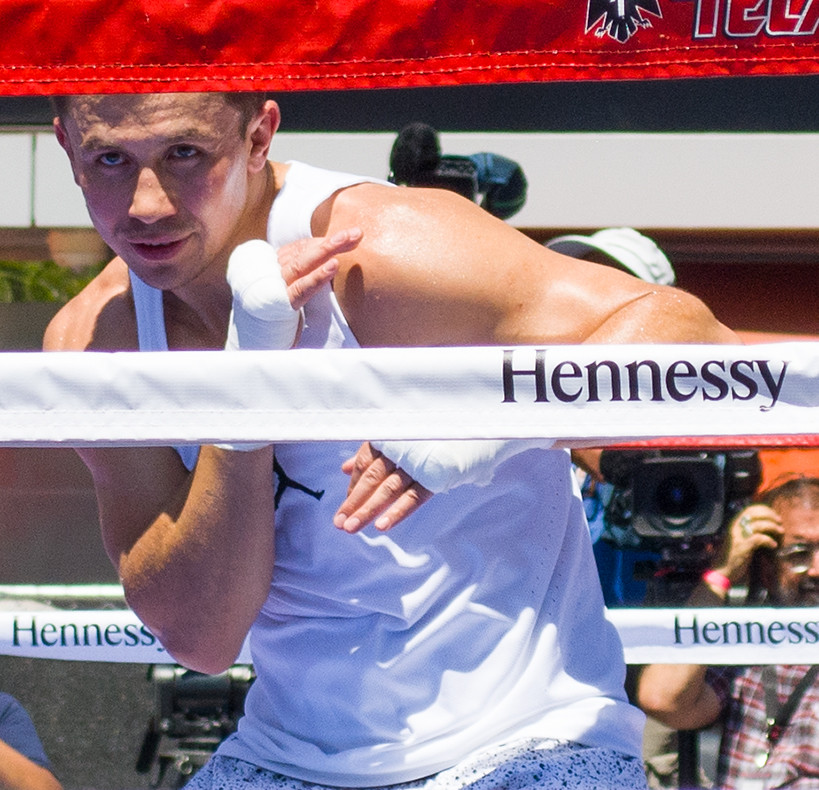 I've been to all his fights in So. California and I would have gone to this one in Vegas, but the prices are a little too high for this one. Tonight he faces Canelo Alvarez, and it should be a good fight. I'm a fan of GGG and know what he is capable of, but Canelo is no slouch. The fight could go either way. 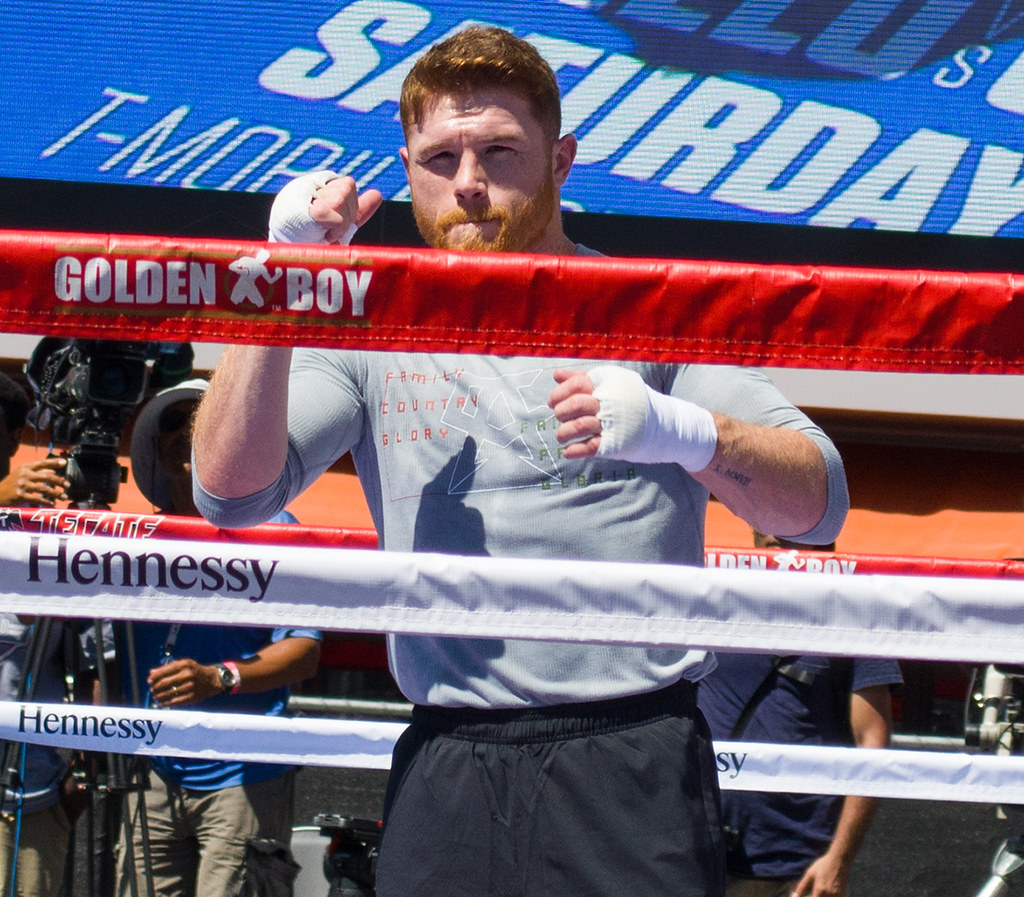 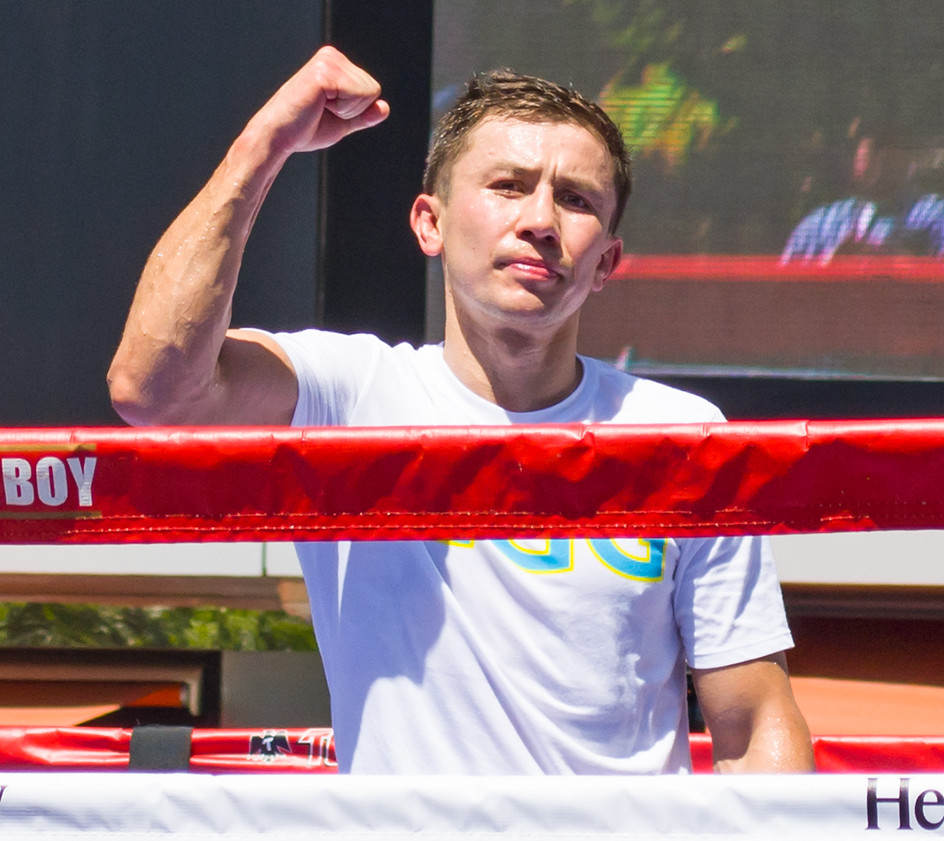 GGG-Canelo Open Public Workout (Flickr Pictures)
Posted by The Great Silence at 1:00 AM

Happy Labor Day for those that celebrate it here in the U.S. As I usually point out on this blog, this marks the unofficial ending to summer in the United States even though technically it goes for another few weeks.

This marks the end of my summer blog series that I started just after the 4th of July. While I have more to show on some things I did this summer, I am going to hold that back for a while. Hopefully at some point closer to or during the holidays I will post some of that material. There is another item I intend to show in less than two weeks, but as far as what I wanted to show during this summer it is already up on here. So if you missed anything I did and care to see, then go back over this summer to find it.

Yesterday, I went to the Huntington Beach Civil War Days. If you have followed the blog from the early days you might remember I had been to this in the past. It was somewhere around the time I started up the blog. Actually, I went last year too, but never said anything about it on here. I thought it was important to go this year though. I'll explain while as I show some of the pictures I took.

Some of the Union troops: 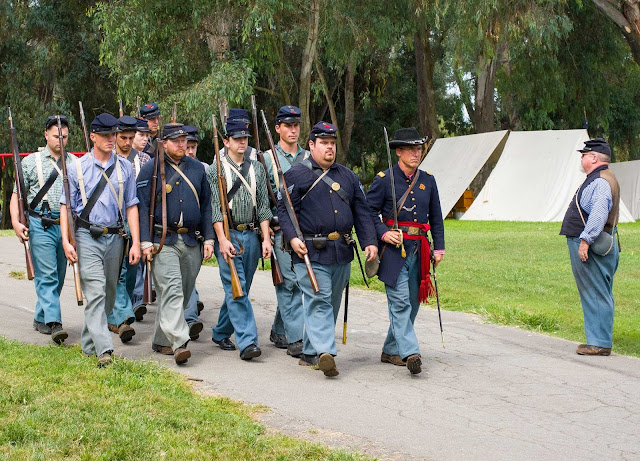 Due to the controversy a few weeks ago where a White Nationalist group held a rally where there was some violence and one death, I found out that Manassas Civil War Reenactment that was to happen a week ago was cancelled.  I understand the reasons for that, but that is unfortunate that it has come to this. 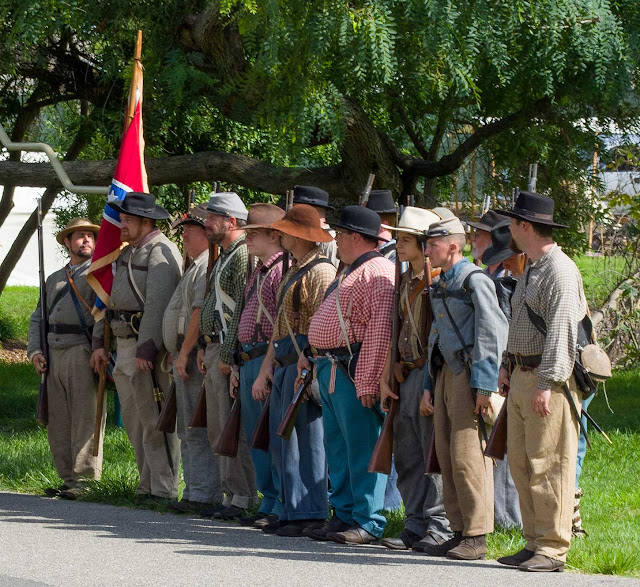 What bothers me the most about this is the attempt by those to wipe out history. Obviously the American Civil War is the most controversial event for Americans in its own history. The fact that it is the only time that Americans fought against Americans in a war tells us this. No one doubts that American history has its own past sins that have been dealt with, but still linger over us to this day.

The Union side during the reenactment battle: 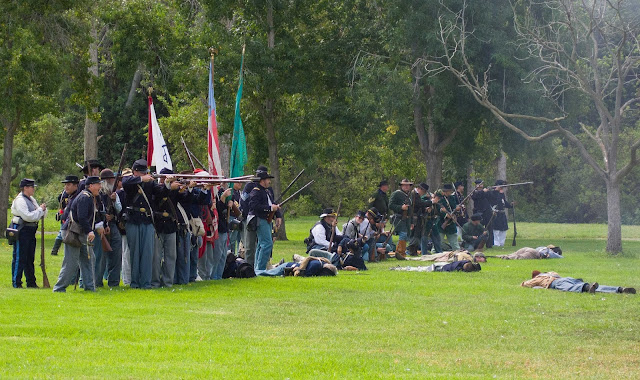 Taking down statues is probably not the best solution. Those statues should be a reminder of the history itself. For me, having a statue up is not necessarily sign of endorsement. There might be room for debate here as to having them in a museum instead, but the complete takedown of statues is very anti-historical.

The Confederate side of the reenactment: 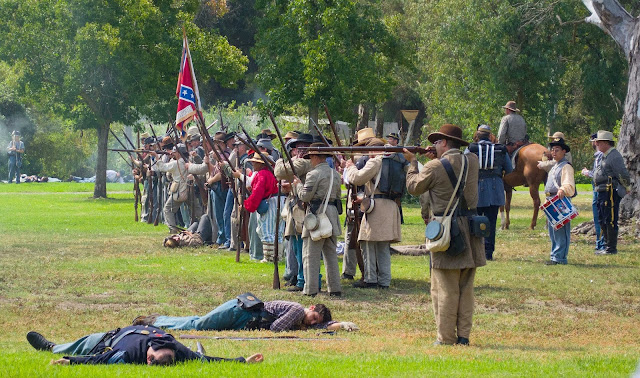 As was pointed out by many, if you start taking statues down, then where do you stop? You can keep taking down statues of founding fathers who had slaves. How about any statue of any member of the Democratic party which historically endorsed the Confederacy. All of this is silly and gets us into genetic fallacies. 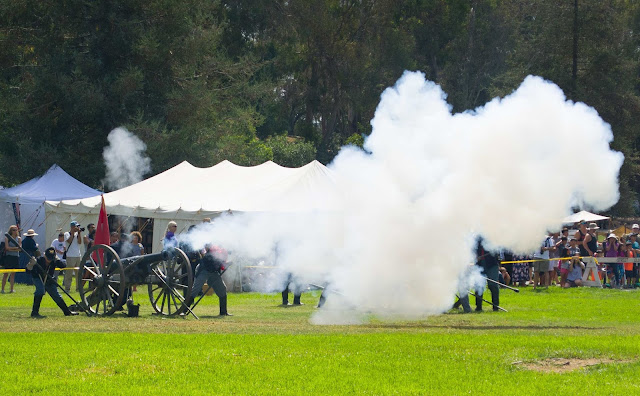 In any case, I like history and think all aspects to it need to be preserved. Not just the good parts we like, but the bad parts too. A lot of the old west historical items I have talked about in the past were filled with shady characters. This is not an endorsement or glorification of their personalities.

A former pastor of mine that I have learned a lot from has gone politically correct on so much that I have started to refer to him a "P.C. Pastor". On his podcast where he talks about cultural issues he really has bought into everything the mainstream press talks about. For me, if someone logs into a popular site like Yahoo News and thinks that is what the world really is like then it would be like we are living on two different planets. I think I said it on here after the election, that it is one thing to get the facts straight which is important to get the truth. It is another thing to selectively withhold information from others when it contradicts the narrative. So, a news organization in theory could be telling the truth all the time, but end up being deceptive by only reporting on a handful of issues that fit the narrative.

Getting back to P.C. Pastor he rightfully condemned the White Nationalist rally for Christians are not to think of in terms of racial superiority. Many Christian blogs I read did this as well. While listening to P.C. Pastor's podcast on this I certainly agreed, but kept waiting and waiting for him to talk about something else. What was it I was waiting for?

The counter-movement that has been going on and on since the election has been encouraging violent behavior. Taking the name of Anti-Fascism or Anti-Fascist (Antifa) is a bit strange since they seem to be what they fight against. Just because you define yourself in a certain way doesn't mean they you can't be what you fight against. The fact they encourage violence against those they disagree with is rather telling. I would warn people to stay away from groups like this because they are just there to physically stir things up.

So what did P.C. Pastor say about this group? Nothing. You would think that someone that holds to biblical Jesus beliefs against racism would also condemn the violence of the other group. I don't know what the population of those that attended the White Nationalist rally. Something tells me that that in proportion to the Antifa groups popping up it is not as significant as it might have been 50-150 years ago.

A few final points. As I have stated before, two philosophical truths that guide me in my political views and seem to be the basis for American government. One, human nature is weak, not all good, seeks its own self-interest, and cannot be perfected on its own in this world. Two, because of the truth of number 1, utopias are not realistic because that assumes human nature can be perfected. These two truths are something that needs to be pounded in the heads of millennials and other young people. I've seen a lot of ideas that young people are pushing that tend to be utopian when examined. The whole 20th century was an blood bath of utopian experiments that turned into nightmares. The current situation in Venezuela is another example.

I didn't take any video yesterday, but I did take about thirty minutes of video last year that uploaded today. It is really an unedited version. When was the last time I uploaded a thirty minute video? It is unlisted since it is nothing I am really hardcore about people seeing, but if you want to see a long Civil War reenactment video then this is it: