The Iverson Ranch Part 3 (Garden of the Gods)

For my final entry on Iverson Ranch I went across the steet from the Lone Ranger Rock. I posted one picture before in a previous entry showing what the rock looked like from across the street on the public trail in the Garden of the Gods area. Here is another looking slightly to the right of the rock and more south(ish). You can see the Cliff of Nyoka. 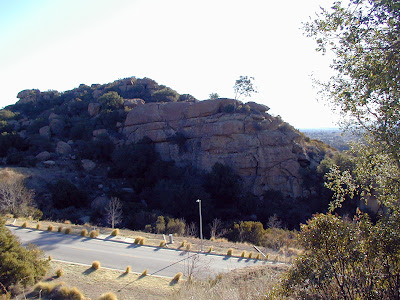 Continuing along the trail more to the west you run into a few well seen rocks. 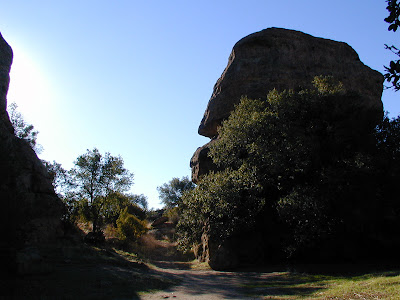 It looks like something out of Easter Island. I have seen these rocks many times. Usually horses are taken by the rocks above and below. You can see the trail below. I have seen this area many times, but can't recall too many tv shows or movies off hand right now with this. 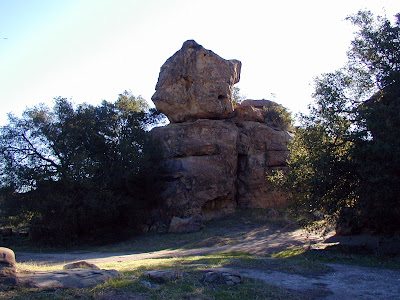 If you go between the two rocks you end up at a area that eventually dead ends. Coincidently, I watched a Have Gun Will Travel episode The Monster of Moon Ridge recently. This "horror" episode written by Star Trek creator Gene Roddenberry has part of the episode at Iverson. The following area is where Paladin (Richard Boone) takes the father who is trying to find out why his daughter disapeared. Paladin takes him here to discover the secret of Moon Ridge. 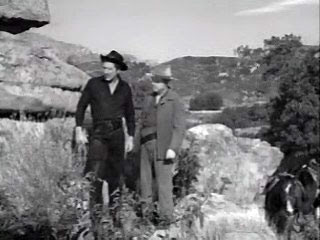 The problem I have with some tv series is they don't explore the scenery as much as movies. They do closeups of the characters rather than show the area. There is some trace of the area in this episode. 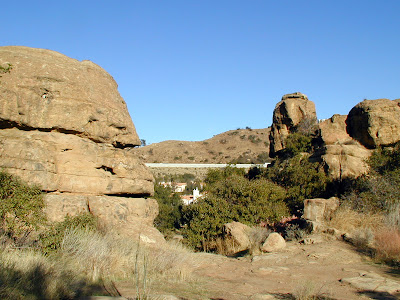 If you look at the episode picture there is a three part rock. If you compare them to these two pictures you should see the lines in the second rock are the same. It is the line that is by Richard Boone's right arm; there are two lines...find one and line them up. 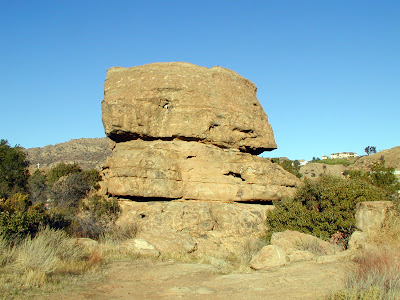 I do not know if the angle is right compared to the episode picture. I would have to go back and compare. The problem is the background does not line up just right. My gut feeling is they are slightly to the right of the above picture. The hills would probably match up a bit more if the rocks in this picture were not there. Either way in all of this, like I tried to say before, there are many houses in the area now and the sad fact is there is not much left of what you have seen before in the movies and on television.

Next up, my hiking trip into Death Valley and the Mystery of a CIA Aircraft. Stay tuned.
Posted by The Great Silence at 12:25 PM