About a year ago my sister-in-law wanted to do a hike that my brother and I had never done before. So much of what I am about to show you I had no prior knowledge of before going. Originally, we were supposed to do a hike at Donner Pass. I was all for that because I was always curious about the history of Donner Pass and tragic story of the Donner Party. This area is a little out of the way from where I normally hang out in the Eastern Sierra. After leaving home in the dark, a couple of hours later we reached the following sign and parked nearby. 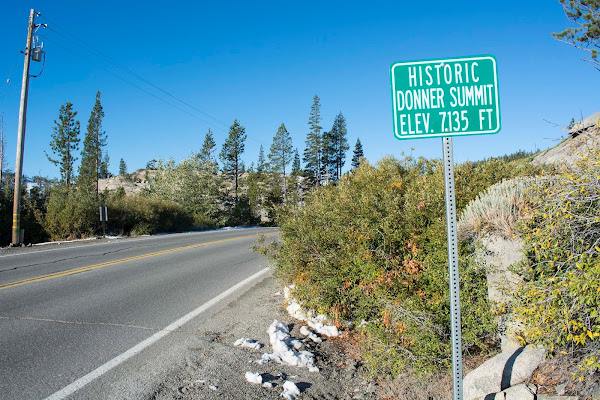 The drive thru Truckee had been rather foggy that morning. We noticed the mountain side was full of icy snow. I was slightly concerned about this since I had not really prepared for a snow hike and really had no idea where this hike would take us. As we started the first five minutes of the hike going up hill I felt pretty good, but my brother told me to stop since he was a bit concerned about my sister-in-law on this one. The icy snow did seem like it would get worse. In the past, when we have hiked through icy snowed in areas, the concern is not always right away during the early morning hours when the ice is solid. It is when the sun comes out and the day warms up that the ice melts. If one is not equipped and prepared that can be a bad thing when you a returning. So instead of being Donner Party part 2 we came back to the trailhead. My sister-in-law got out her cell phone and tried to come up with plan B for the day. There was something nearby... 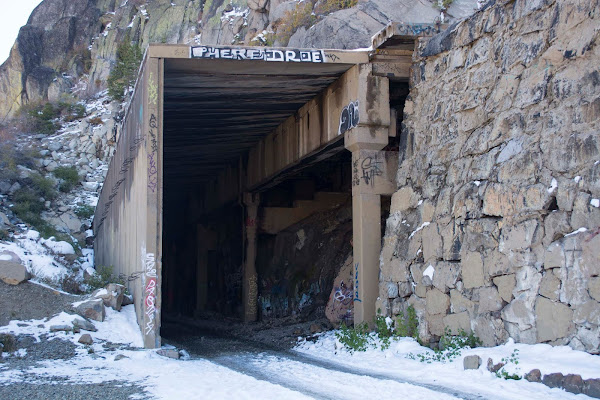 This is part of the Historic Donner Pass Trail. I thought we were attempting to do that with the other trail we were on. Again, this is not a hike I planned out like I have done for most of the hikes on this blog. I usually have some idea of what to expect, but this was completely going without much knowledge of what I was getting into. So, the idea was, "Let's explore these tunnels!" Not too far in the first major tunnel we had an interesting ray of light. 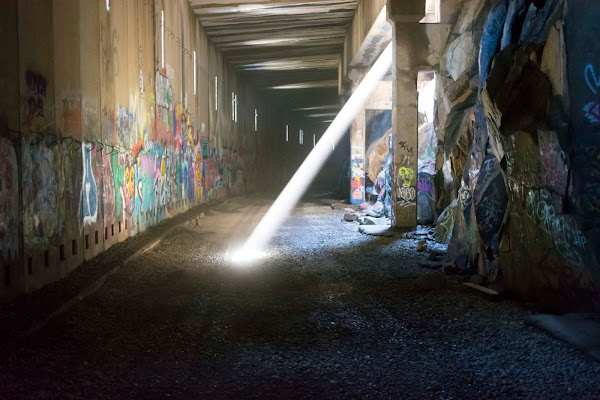 That was interesting because we had been watching the Peter Jackson directed The Hobbit and The Lord of the Rings movies during this time. This mountain and these tunnels definitely gave me the feeling I was near Erebor, the Misty Mountains, and the Mines of Moria all at the same time. I noticed there was a lot of graffiti as we headed in. The tunnels appeared to be quite old, but not used anymore. 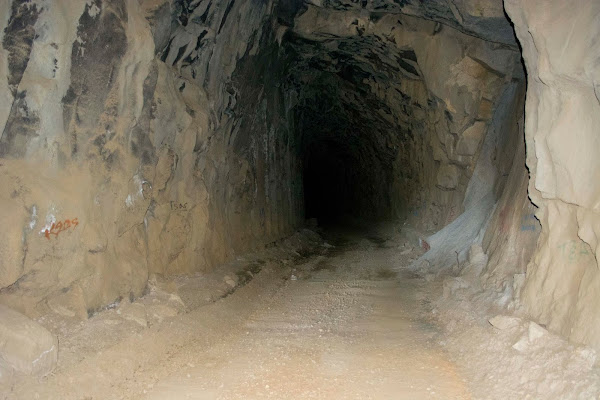 As we went along the tunnels they were quite long. At moments the light from the outside was coming in through the slits the tunnels had, but was getting darker the more we went. We did not have flashlights, but I did have my camera with a flash so I took the above picture. 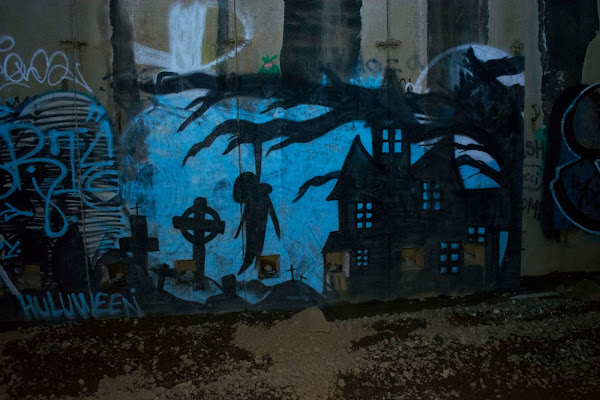 The one concern I did have was the idea that zombies, Gollum, or some other random person might show up! Sure enough, the only person we encountered during this time was coming back! Fortunately, that was in a area that was not too dark. I did see him and say "Hi!" before things got too creepy! Right after that the tunnel became pitch black. We were actually moving kind of slow during this point. It was not too bad. I could not see anything, but did walk through some water.

I will finish this up in the next blog. Stay connected!

The music from Incompetech.com used in the video is called Symmetry, Man Down, and Crypto.