When I left off last time I mentioned how after almost an hour of uphill hiking I finally leveled out for a brief period. I then had some moderate uphill through a dense forested area. It was slightly spooky in the sense that I wasn't totally sure I was alone or not. Would I encounter someone camping back here? How about some animals? Or, a random zombie encounter? I did remember the two older men I saw at the trailhead, but I figured they were working with the cut trees there. If they did go up the trail they would not be all the way up here.

After about an hour and twenty minutes I reached Fern Lake. Sure enough there was some fall color there. 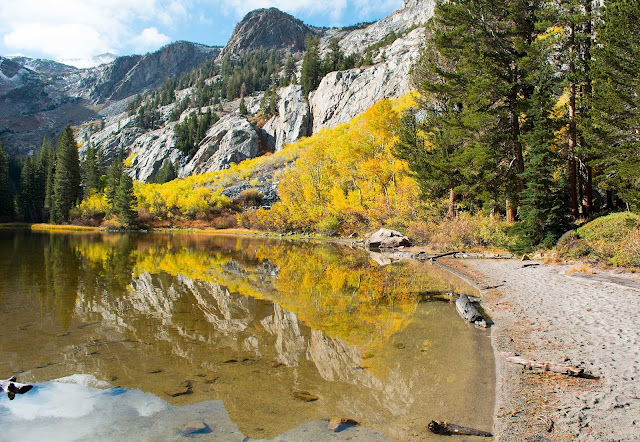 At this point it was the best I had seen. It was very gold yellow look. It was slowly turning orange. 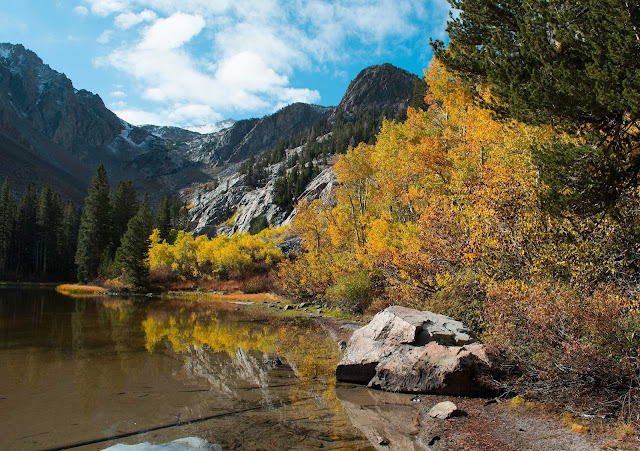 I went over to it across the lake shore. It was very quiet and there were some birds on the lake, but I had it all to myself. I just took in the moment and thanked the Lord for the moment I had there. 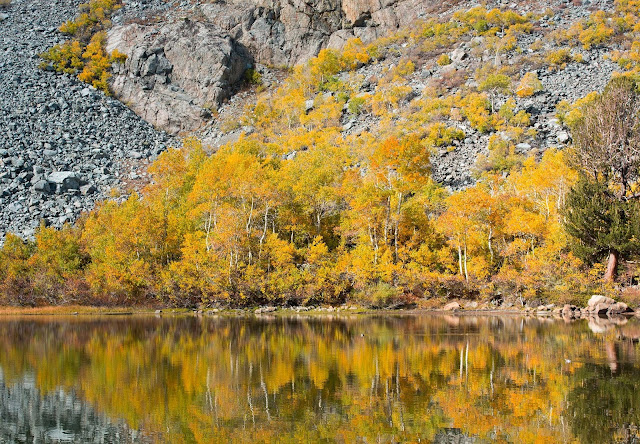 I had the lake to myself for about ten minutes. Then the two men showed up. I greeted them, mentioned the nice colors, and eventually started moving around the lake. 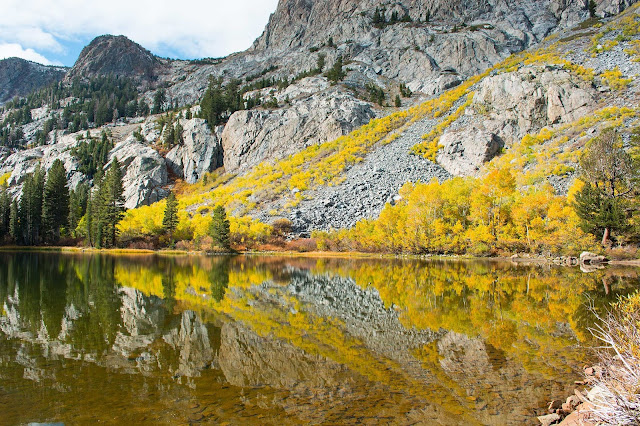 The sun had just rose high enough over the mountain side to light up the whole lake. This is really the highlight of the whole lake that morning. Any pictures I took toward the east side had the sun spots in my pictures so those are not really worth showing. You will see an edited version of the rest of the lake in the video, but that too had the same issue. All the major gold was over here anyways.

I'll wrap this up next time with a few more pictures around the lake and the video.
Posted by The Great Silence at 3:00 PM