Paladin and the padre meet near the old arch. 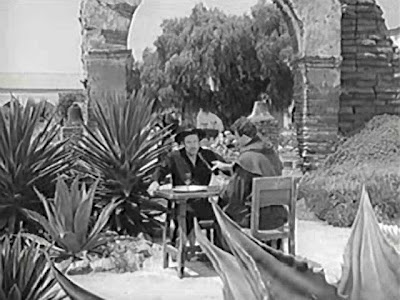 This was in the first Zorro video I did, but this is the first picture I have shown of it. You can see the pepper tree in the episode and here where I "framed" it. 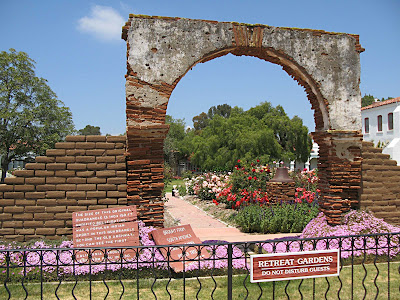 The padre tells Paladin that he wants him to find the statue that was lost and return it. That is what the episode ends up being about. 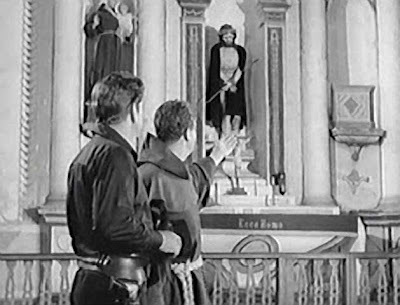 I just happened to have a picture taken in this direction. I only took a few pictures in this church of what I expected to use for the Zorro blogs. I did not take very many pictures of the sides of the church. 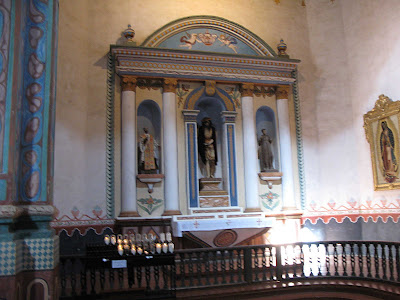 The statue in the middle is the same one that you see in the episode. The one on the left is different; this one is not carrying a baby. The one on the right is NOT the one Paladin gets in the episode.
Alright, that is all I wanted to show from this mission. I was not expecting a Have Gun, Will Travel episode here since I was so used to thinking Zorro filmed episodes here. I should mention that Paladin actually does say the name of the actual mission here during the episode.
Posted by The Great Silence at 6:23 PM