The Quest for a Gem (Gem Lake)

(N37 45.195 W119 08.965)
I hope you all had a good "Black Friday" looking for shopping deals. I am proud to say that I stayed home and relaxed. Sometimes I enjoy keeping money rather than spending on a day like this. So, here is my Black Friday special offer, and it is a gem... 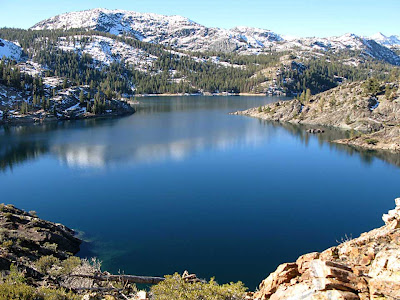 This is Gem Lake. It does live up to its name. This was the goal, but you can continue through behind the lake and meet up with other trails near Yosemite. To the left of me was the dam seen from the last blog way down below. This is where the tram ends. 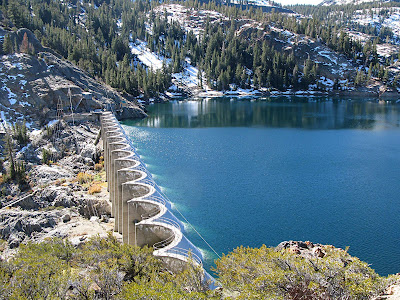 We did go around part of the lake just to check it out. I liked the slight glow effect the reflection gives here, at least that is something like what you would get if you added one of the effects in Adobe Photoshop or Sony Vegas. This was all nature though. 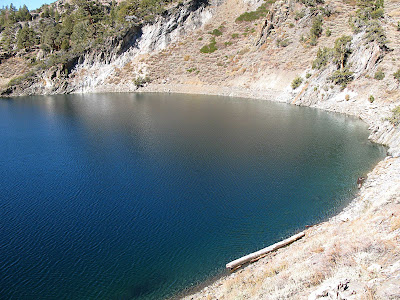 This is looking back at the dam after walking around part of the lake. 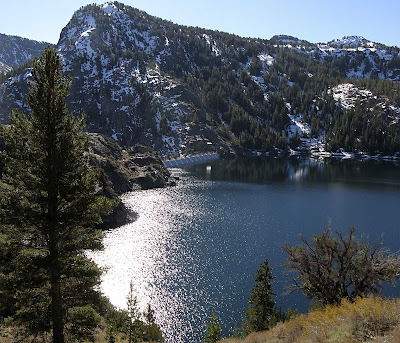 We did continue around much more of the lake, but we decided to turn around since it did not seem like we would encounter anything more than what we already saw without going much deeper on the trail. This is another one where we were on a time schedule. There are a few smaller lakes back there and other trails to meet up with that originate in Yosemite and Agnew Meadows (outside Mammoth, near the Devils Postpile).

The Quest for a Gem (Vimeo Version)

Posted by The Great Silence at 5:54 PM