Today I am going to be focusing on the Fennec Shand character which I assume is played both by a stunt double and actress Ming-Na Wen here. From the last blog entry on the Stormtrooper Hillside Assault/Boba Fett's Golf Course location we head back up the trail about ten to fifteen minutes right before the initial confrontation area I started these blogs with. The rest of what I am going to show will be just above and behind the confrontation area.

This is part of the big stunt of the episode. Here we have Fennec running down a big rock formation as the stormtroopers are trying to blast her. 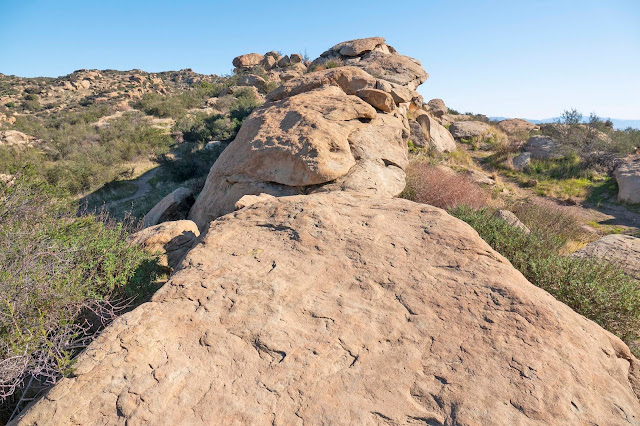 The picture above is the rock formation. The screenshot portion is focusing on the very stop of the rock formation. So you have to mentally zoom in here to match up the rocks. An interesting thing I should point out here is right behind me is a place it looks like one can sit down at. I did not do it, but the rock is cut out enough to look like a throne or chair you could sit down on.

This screenshot shows the same rocks, but from a higher different angle. This screenshot also shows where I will be spending most of rest of this series down on the other side of the picture. 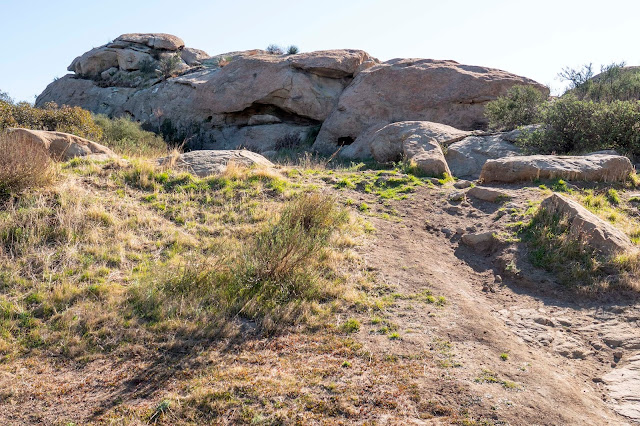 I had just been standing on those rocks. You should be able to match up the rocks here. The difference is that when they were filming the camera they used would have been much higher.

Moving over to the other side of these rocks we get to where the major action ends in the episode. I nicknamed this area, the arena or amphitheater, because it is an open area surrounded by rocks. This is where the GPS coordinates are at. Here is Fennec's jumping backwards shot: 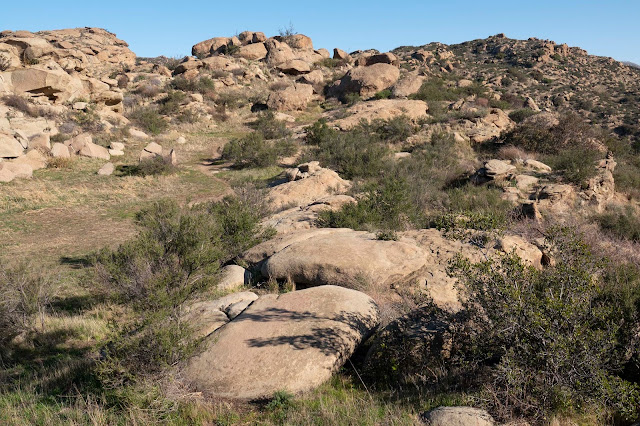 Not exact, but you should be able to match up a bunch of the rocks. I think I was standing on the rock they had her jump back on.The Silence of Rocky Peak (Youtube)