The Arena (Hunting the Mandalorian Series)

In this blog we continue where I left off in the place I nicknamed the arena or amphitheater because it is an open area with rocks around it. Kind of like you could watch all the action by standing or sitting on the nearby rocks. Keep in mind these are my made up nicknames and nothing official. It just makes it easier to describe than saying, "That area." We continue with Fennec fighting off stormtroopers: 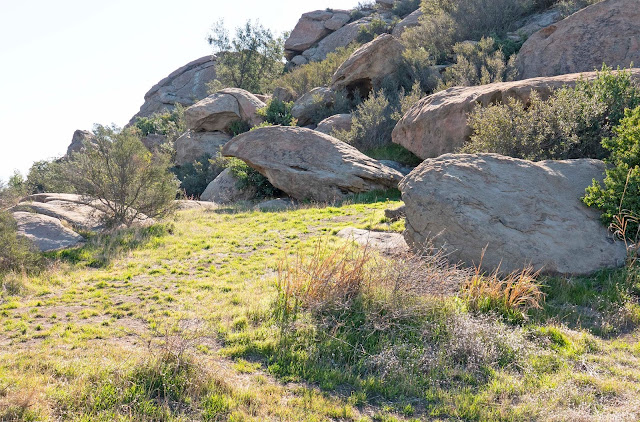 All the above rocks can be seen a different angles during this part of the episode. However, something is not quite right with this next screenshot: 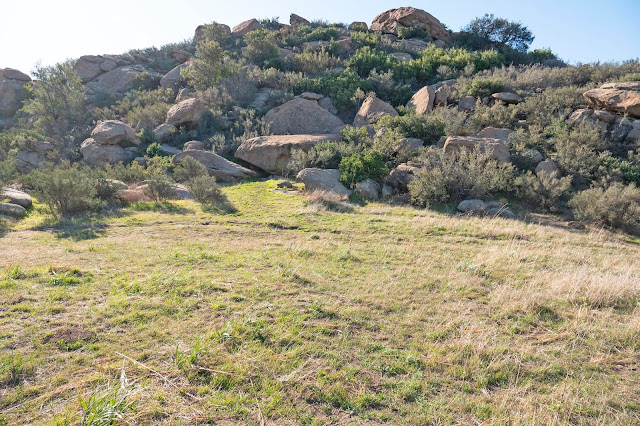 This is the big picture that gives you an idea of the arena. You should be able to mentally zoom in with the screenshot to match up the pictures. The rock they are huddling next to is obviously another rock prop brought in. That rock does not really exist here. The same thing happens in the next screenshot:

That rock Boba was standing on just behind him here is another prop that was brought in. Compare to the right half of the following picture: 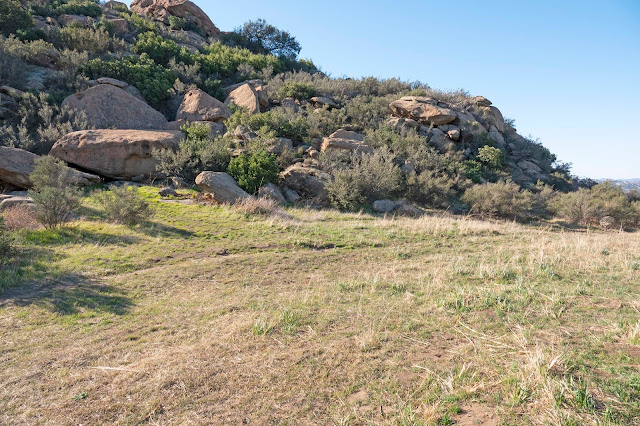 Fortunately, we have enough real rocks around to enjoy this area. Next time I will wrap this one up with some pictures of what they did with Boba Fett and a few tidbits of my experiences here.
The Silence of Rocky Peak (Youtube)