This location takes about ten to fifteen minutes from the trailhead. It is really the first open area that flattens out after a short climb on the trail. A good portion of the stormtrooper action takes place here. In the video I start here standing next to a bush. GPS coordinates get you to that bush.

In the episode they have two stormtrooper transports land near the Razor Crest. These are obviously CGI, but the landscape is real. In the following picture you can see the bush in the middle of the picture that the GPS coordinates are set next to: 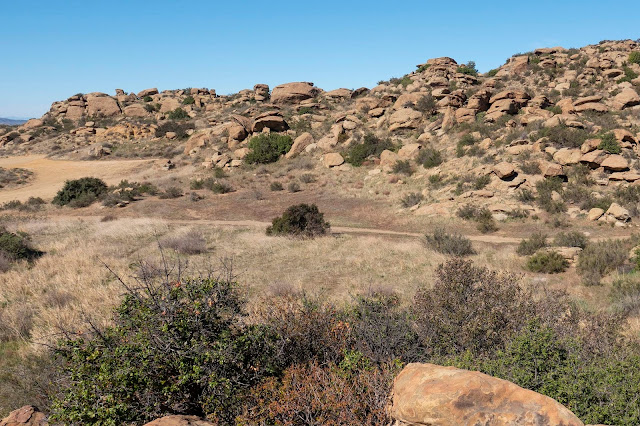 In the above picture, if I head down below and turn to my left I would get close to where this stormtrooper was with the launcher.

Close enough for our purposes: 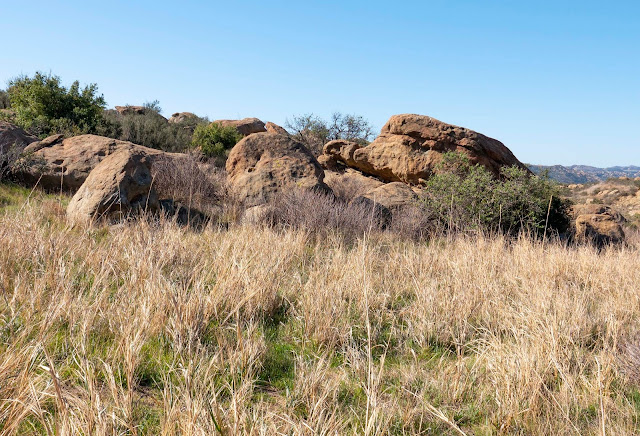 If I turn to my left from this point we see where the stormtroopers were going up the hillside:

I mention in the video that the hanging rock was my key for this one. The one that is "hanging" on the other rocks on the right side of the picture. 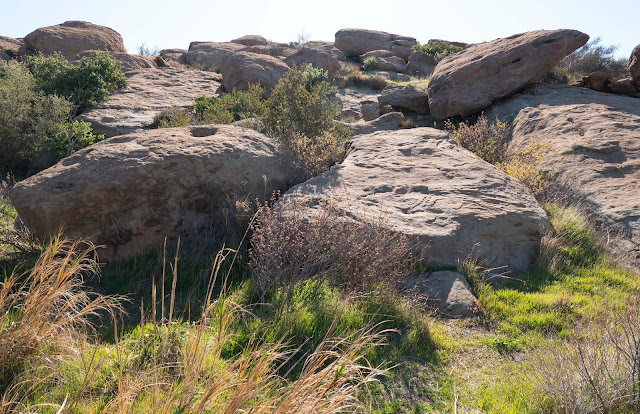 This is why I could get away with not taking pictures with me on this trip. There were certain key rocks I had in my memory. That rock has a unique look to me. Once I found that rock I knew what pictures and video needed to be taken to line everything up.

In the next blog entry I will just move backwards from the above to show you what I nicknamed, "Boba Fett's Golf Course".