This is the continuation of my previous blog entry where I was on the summit of Rocky Peak in Simi Valley, CA. A weird thing happened as I was at the summit. After enjoying the views I saw a little creature on the summit rock: 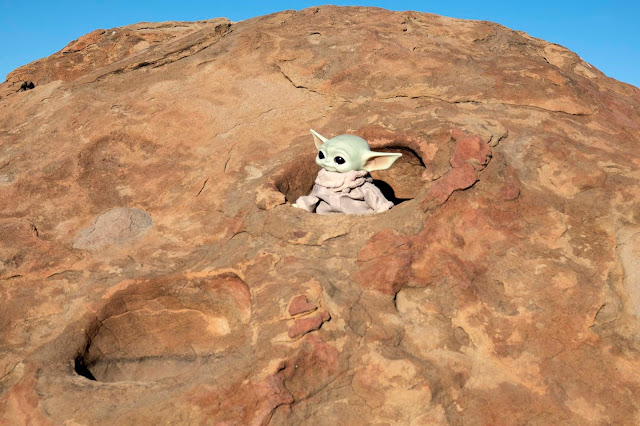 It was baby Grogu from The Mandalorian! I then looked south, and mysteriously this image of the spacecraft Slave I came to my mind:

I realized I was actually on planet Tython! 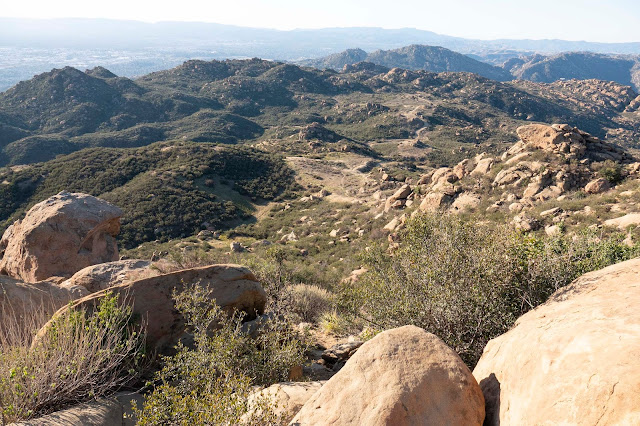 Alright, enough of my April Fools' foolishness. This blog entry starts my Hunting the Mandalorian Series of blogs I will be doing over the next week or so. I will be showing some of where they filmed the episode, "The Tragedy" from the second season of The Mandalorian. Normally, The Mandalorian is done with lots of CGI, but this episode was done on location with some CGI enhancements. Keep in mind there will be some spoilers if you have not seen the episode.

Rocky Peak ends up being the fictional equivalent of where the seeing stone was for baby Grogu in that episode. Now in the episode the seeing stone area is done with CGI from what I can tell. Stating the obvious, there is no literal seeing stone like that on the top of Rocky Peak. Yet, the foundational setup shots and surroundings are Rocky Peak and the park.

As for the above screen capture of the episode and my picture, it is not perfectly lined up, but you should be able to see what is going on here. To get it right I think I would have to go down from the summit, move a little to my right, etc. It is pretty close just from the summit though. Take a minute or two and try to match up the features. Some are not obvious, others might not match up due to some possible computer work they did, but it is interesting what the alien planet Tython looks like compared to Simi Valley. I was amazed they did a shot like this for the show.

I will spend more on the following location in the next blog entry, but I will start it here. In the show the Mandalorian heads down from the summit after he sees Slave I come in: 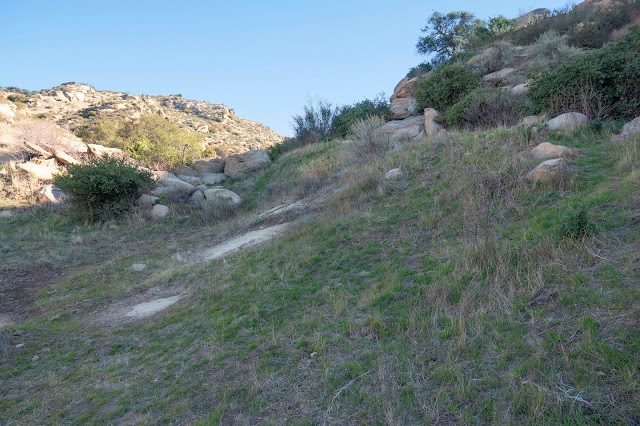 You will notice some of the rocks are missing. Those rocks were props that were brought in. The temple pillars seen in the background are obviously CGI. You can get to that area, but it is not Rocky Peak. Rocky Peak cannot be seen from here and is much further on the trail.

Special note on how I am doing this series: Normally, I do all the blog entries first over a few days and then upload the video last. This time I am doing the video first and then the blogs after. It is going to take me about a week to do this. The pattern I have set for myself over the past fifteen years is to never do more than one blog entry per day. At the same time I have a lot of pictures to compare for this one, and I do not want to upload too many pictures per blog entry. So have some patience on this one. The video pretty much covers everything I will be blogging about, but I will probably add some more information as I get to each picture.

The Silence of Rocky Peak (BitChute)