The Silence of Rocky Peak

Today's blog entry is an April Fools' Joke. Normally, one does not admit that before revealing the joke, but I thought I would let you know beforehand.

This hike I will be talking about is in Simi Valley, CA. It is off the 118 Freeway in between Iverson Ranch and Corriganville. I cannot remember how long it has been since I had been in this area, but it was a welcome sight driving back here. Due to the COVID lockdown in CA I really had not left home for anywhere for many months so I was in the mood to get out and do some hiking. 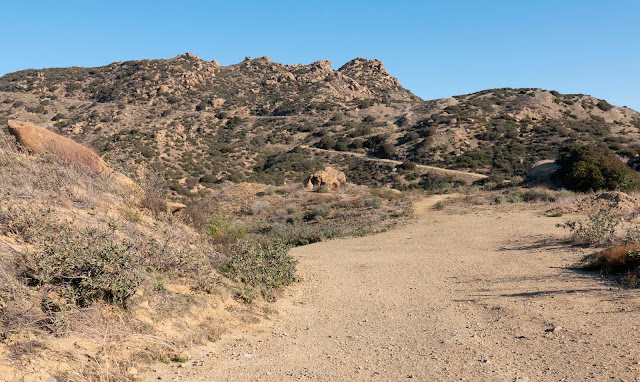 The Rocky Peak Trail is part of the Rocky Peak Park in Simi Valley. The main parking area by the trailhead just off the freeway was full. I was there before 7am, and I parked on the other side of the freeway bridge where there were less cars.

The hike is popular enough that you are never truly alone out there. I encountered someone every ten minutes or so in either direction. Some hikers and some bikers. At the same time, it is not completely crowded. The above picture shows you some of the isolation I had.

I would say that the above picture is about thirty minutes into the hike. The goal of the hike was to get to Rocky Peak which is the high peak just right of center. After a little more time I got close enough that I got off the main trail and followed one of the smaller trails. 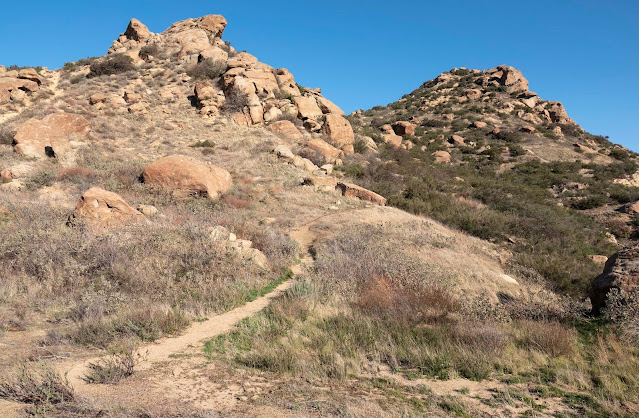 You can see some of the trail that eventually moves up to the left side of the picture. After getting to that high point it is an easy traverse to get to Rocky Peak on the right side of the picture. It did take some heavy breathing to get to the top here. Yet, I hate to sound like an Eastern Sierra hiking snob, but keep in mind this is only about 2,700 foot level of elevation. So, this is not really anything that I would consider super difficult. I did think the views were really good. The following directions are approximate. 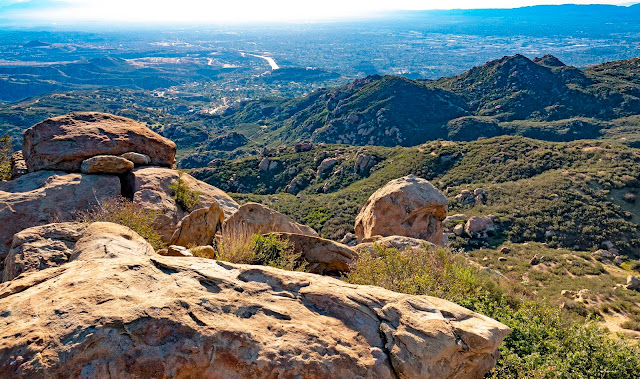 This was the most difficult shot since I was in the direction of the sun. Keep in mind this was sometime after 8am so the sun is not that high at this time of year. 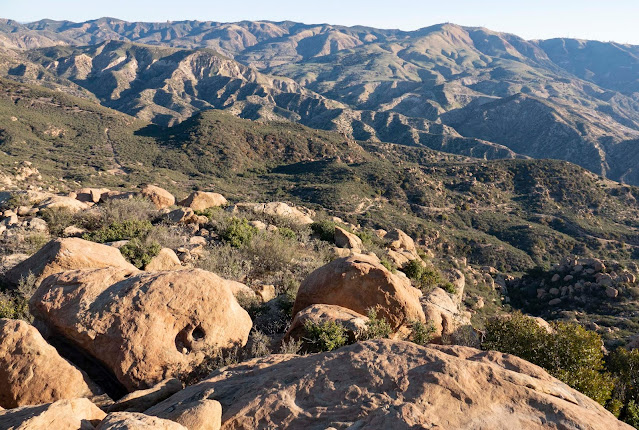 The picture above is looking more to the northeast. Again, this is not the Eastern Sierra, but So Cal. However, the rocks, hills, and mountains are all interesting sights to see here. The following is looking north: 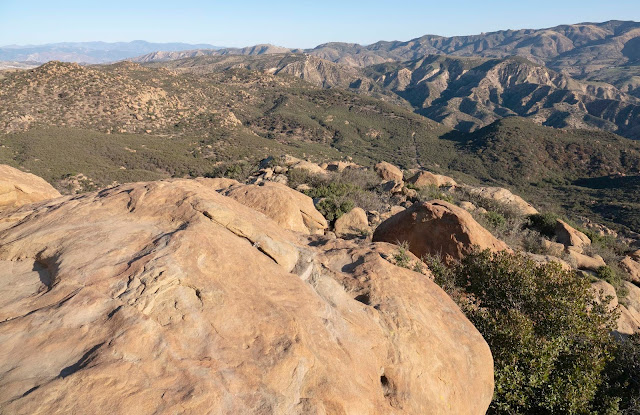 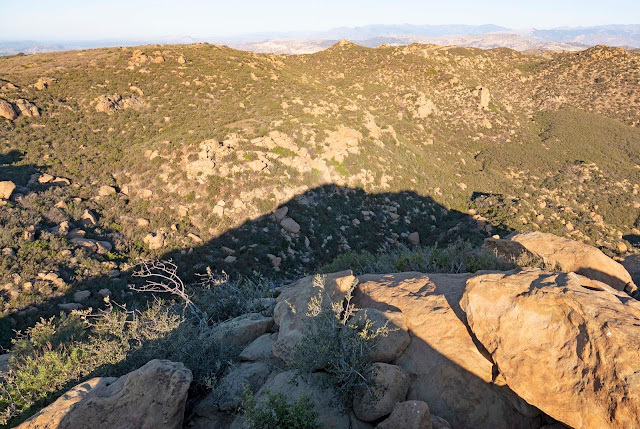 Notice the shadow which means I am there early in the morning. There is a part of me that would have liked to have done this hike later in the day or later in the year when there is more light and the sun is higher. Part of my problem is the later in the day I do this the worse the traffic is in the Los Angeles area coming home. During the summer it is a lot hotter in the area as well. I am content with this. 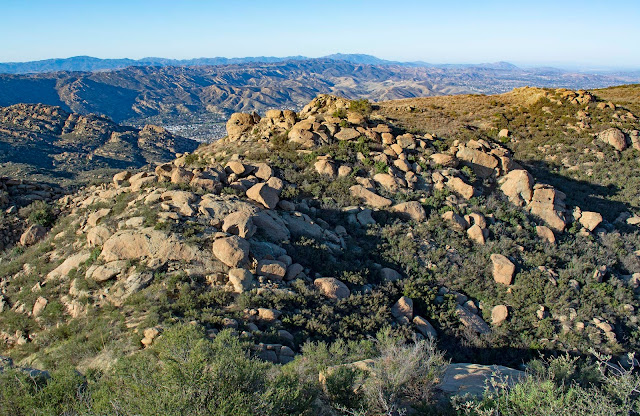 The above picture is looking west. Lots of interesting rock formations all around. You can see part of the city in the background if you look hard enough.

At this point I am ending with what you might consider a "cliffhanger ending" on Rocky Peak. There is some "sleight of hand" going on where you are not getting the whole story. This hike ends up being somewhat of an illusion. Where am I? Am I in the Twilight Zone? Happy April Fools' Day!

Posted by The Great Silence at 8:00 AM