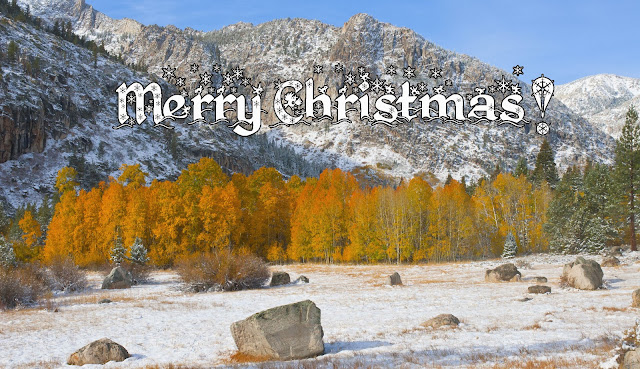 I have a few videos I just uploaded that I wanted to link here.

This is an update to a video I did five years ago. I was at Hot Creek a bunch of times during the past few years trying to get this one right. Something would always happen to screw things up. Finally, glad to get a new version of this up.

This was odd. After walking around a certain lake for the past few decades I thought I had seen everything. Beavers? No, look again, they are not swimming in the right way. They were river otters, and apparently this is kind of a rare to see them in the High Sierra.

I finally was able to get to Mt. Conness again. So this is another update of a video I did five years ago.

That's all for now. I'm going to be shutting this blog down (no postings or comments) for a few months as I do other things. I have some things I will be tweaking on the blog during this period as well as working on another project or two, but don't expect anything on here for a while. So, enjoy the new year, and I'll see you somewhere down the line.

The music for the above videos can be found at Incompetech.com. Here are the ones I used for each:

For Having Grit at Hot Creek I used Americana, Crusade, and In the West.

For The Guardian of Mt. Conness I used Heavy Interlude, Coming Storm - Preview A, Mechanolith, Faceoff, and Virtutes Instrumenti. The non-Incompetech Spaghetti Western sounding piece is called "I Diavoli Dello Spazio" from a science fiction movie called Snow Devils.
Posted by The Great Silence at 7:30 AM