Hope you have a good one today. As I pointed out a few months ago, I'm skipping Halloween and Christmas themes for the foreseeable future. If and when the time is right I will go back to doing it if I can find something worth showing. If you are into that you can go back and look at the previous October blogs I have had on here.

Today I wanted to talk about how the fall colors were in the High Sierra this year. Since last year, I had been planning to visit the high country outside of Bishop again like I did last year. However, this year was a little strange in the sense that there was much rain and snow. That was a good thing getting the area out of a drought. However, it appears it threw off the timing of the color of the leaves.

The leaves were uneven. Some turned different red and yellow colors, other stayed green, others had already fallen due to winds. So from what I read, and then saw for myself, many areas were not as spectacular as previous years. Some areas, like in the high country above Bishop you usually expect fall colors turning at the end of September or first week of October. Most areas were delayed about an extra week or two.

So I skipped the Bishop part this year. Sigh...there is always next year. Instead I did get to visit Summers Meadow for about two yours due to my brothers 4X4. 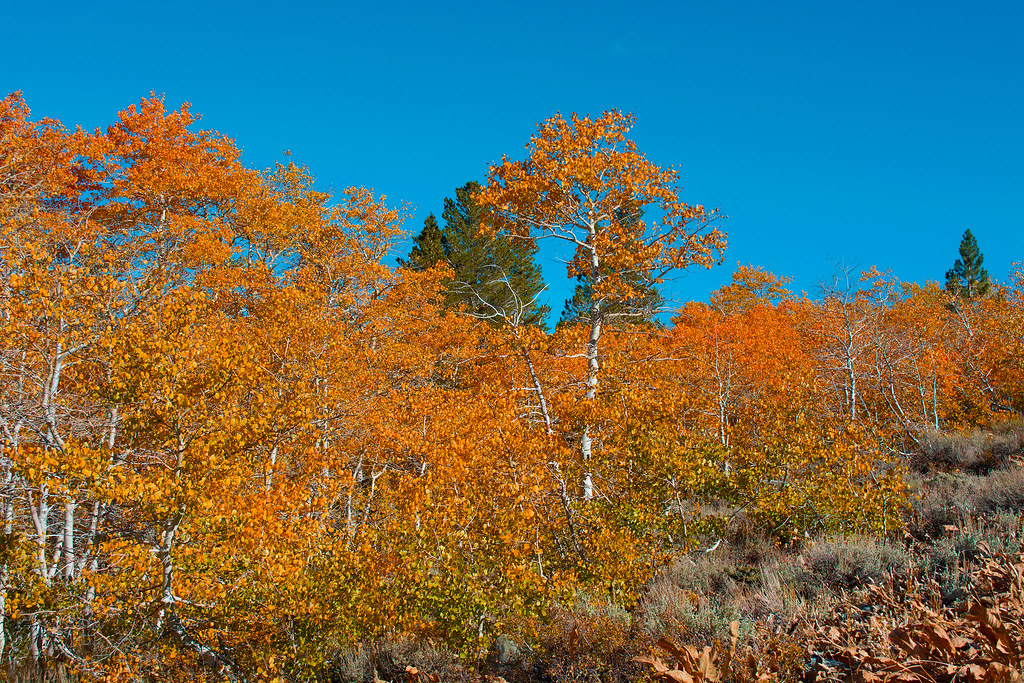 I had never been here before. I've hiked to different areas nearby, seen the area from a distance, but never stood here before. 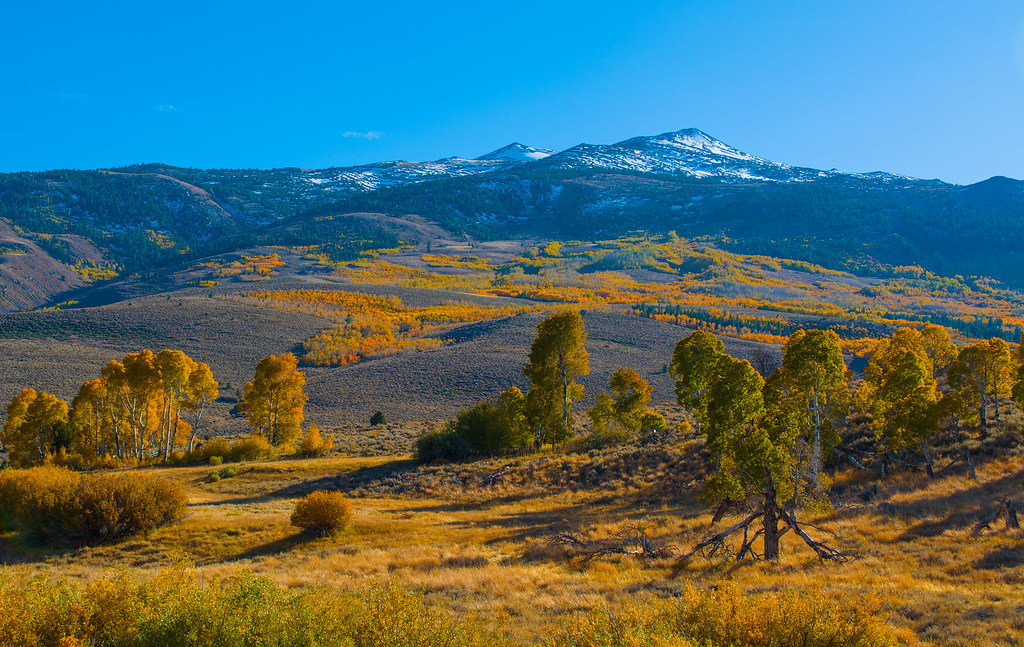 The only regret I had was we had to come a little later in the afternoon. I would have liked to have been there earlier in the day. That is the thing about the fall in the High Sierra, if you come too early the sun is not high enough, and a little too late the sun is already down passed the mountains. Your time is limited compared to the early and long sunlight hours of the summer. In this case the sun was still up, but in the angle I would have liked to have taken some really great pictures. Oh well, always next year. 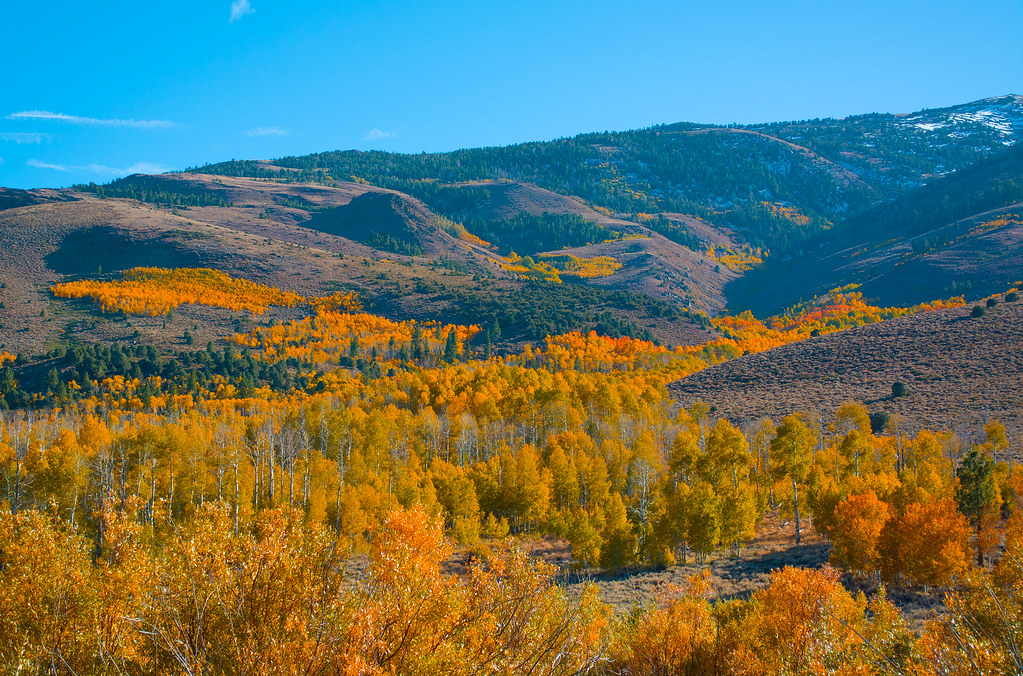 I did a short walk to find a nearby trailhead for a future hike, but since time was limited we had to head back. On the way out I took some of my favorite pictures of the area. 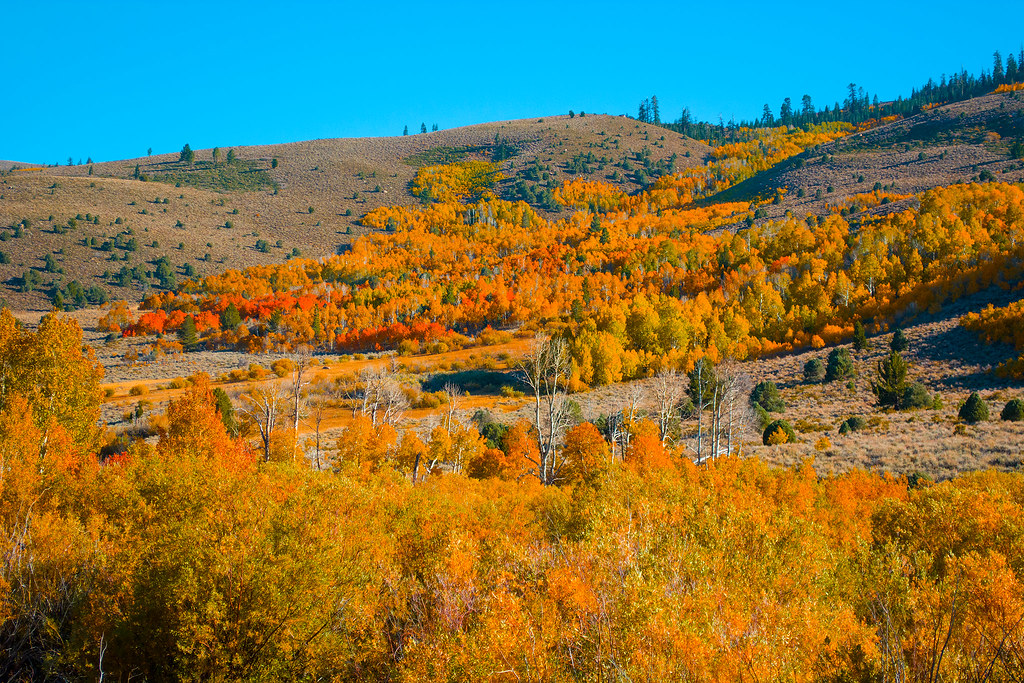 Two days later I would be in a nearby town in a line for some lunch. A guy waiting for his order said that he had to take off since there was a head injury in Summers Meadow. After he took off I heard an ambulance siren passing the town on its way there. I never heard anything more than that. It is a beautiful area, but a bit of a rough drive at some points.

That's all for this one. I'm thinking of doing a few "short" opinion pieces in the upcoming weeks. Assuming I do I will add some more fall pictures from this area or other areas I visited when I do those.
Posted by The Great Silence at 3:00 PM