The Ghosts of Chemung (aka The Chemung Mine)

In light of the holiday I thought I would share with you the Chemung Mine. It’s an interesting ghost mine that can have its creepy moments when you are walking around alone in it. Yes, the ghosts protect it!

I did two versions of this video. This one has a video effect. It was the closest I could get to an old sepia type of look without it looking too bad. It is more of a tint than anything. I was going to do a lot more to this one with all sorts of special effects, but I decided that can wait for some other video. You might prefer the plain one without the effect. The plain one can be seen by scrolling down to the links at the end of this blog entry. This special edition is unlisted on Youtube so it is a reward for those of you that look at the blog:

Originally, I referred to this one as “The Ghosts of Masonic”. However, technically speaking, this area is not Masonic. Masonic is a few miles away. When I was younger my father would take me here and to Masonic as well. This mine and Masonic kind of ended up being closely connected to me so that the mention of Masonic meant this mine as well. At the last minute I redid the videos and just gave it the title this blog has so that there would be no confusion for people looking for something on Masonic.

The entrance from the road: 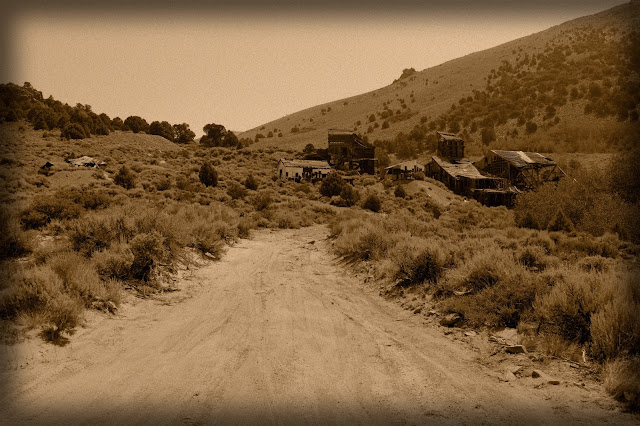 While the ghosts are there, I was just as concerned about a horde of zombies showing up: 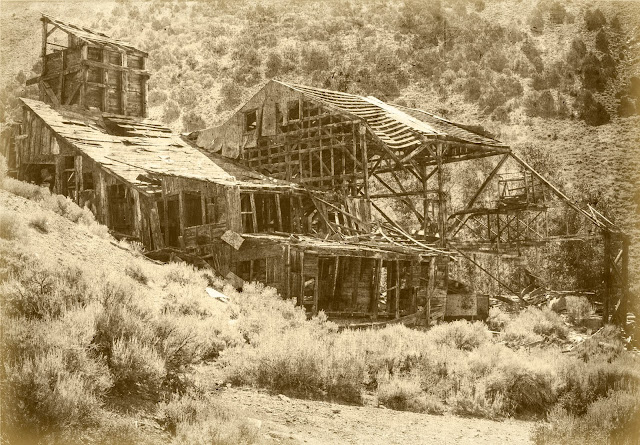 You always have to be concerned about the zombies (aka the walking dead) showing up these days. At least that's what I get from seeing all those movies, tv shows, and video games.

Up behind the main structure: 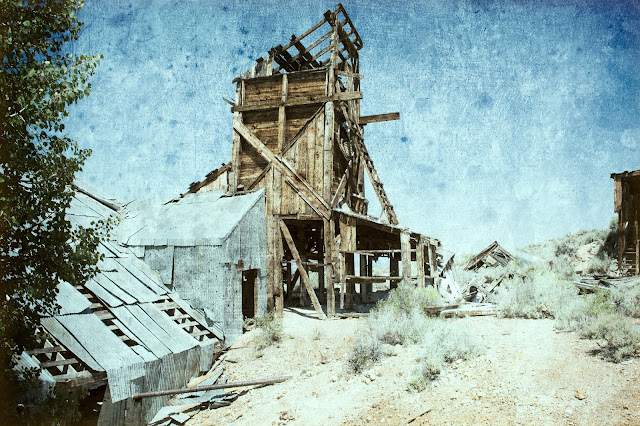 Of course, the evil dead (aka the deadites) are just as dangerous of a concern here. 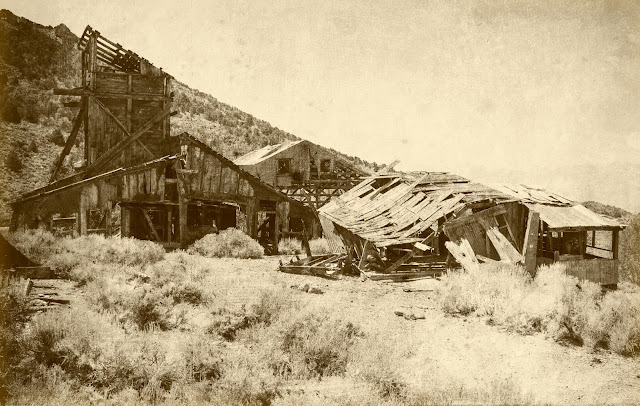 Really, it's the unseen ghosts that haunt this place. That is the main thing here. You don't want to damage the structures or steal anything because then the ghosts will haunt you no matter where you try to escape. 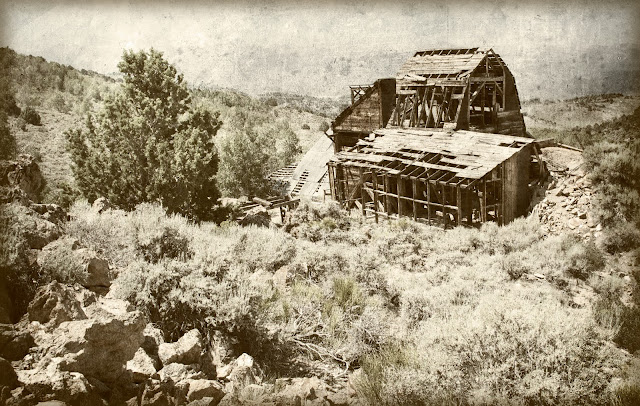 Just below that tree on the other side is the entrance to the two holes of the mine that create some very cool ventilation on a very hot day! It was like a cool air conditioned house standing in front of them. In the video you can see where I looked into the mine from up in this direction. The actual mine is gated off so you can't go into it.

Okay, so what is the history to this place? Unfortunately, I don’t think I can give you anything really dramatic like some of the historical events in Bodie or Aurora. I actually called out for help on this one since all I really knew about it could be summed up in a few sentences. I had all the top historians and e-mail friends on this mission. So, if you were one of them reading this I thank you for your help. The result ended up being what I suspected from the information I did have.

The ore that was discovered that led to this mine was found in 1909. Some of the news articles I read kind of came across like, so and so “has gained rights to the lease of the mine and now we will start seeing results.” Then, the rights to the mine would change hands again and again with the same type of optimism. That’s pretty typical of the mining history of the Eastern Sierra. The source was there, but the money and work needed to extract it would exceed the profits made.

There were twenty men working the mine in 1938, but it shut down a year later. In the 1950’s-60’s there was an individual working it, but nothing really came of that. You can read about Masonic and what is known about the Chemung Mine in the pdf of the Mono County 2004 historical newsletter linked below.

I made two sets of pictures you can look at if you are curious. The normal pictures and the ones that have that old haunted look can be found by clicking the following links:

The Chemung Mine (Normal)

The Chemung Mine (Halloween Special)

The pdf of the Mono County historical newsletter from 2004:

To wrap this one up, I showed some of the pictures and video to some relatives that are much older than me. They said the buildings look a lot less like what they remember. Which would be natural since over the decades the buildings have worn down. So, what is currently up could come down altogether at some point in the years to come. Only the ghosts protect it now.

If you are in the mood, I have two more Halloween inspired videos that are from my zoo and aquarium channel. Two different animals:

The following music used for the "The Ghosts of Chemung" video was taken from Incompetech: Night of Chaos, Quinns Song-First Night, Quiet Panic, and Evening of Chaos.
Posted by The Great Silence at 4:00 PM