Whatever Happened To Randolph Scott? (The Alabama Hills Series)

(GPS: N36 36.205 W118 06.895)
He's Riding Lonesome in the Alabama Hills. The following pictures from Comanche Station and Ride Lonesome are in an area known as Triple Camp. To get to this area you have to go through some of the other areas I have shown in previous entries: Lone Ranger Canyon, Gene Autry Rock, and you actually turn right when you approach Gary Cooper Rock. In both movies Randolph Scott heads up this narrow passage to his destination. Let's look at this scene from the beginning of Comanche Station: 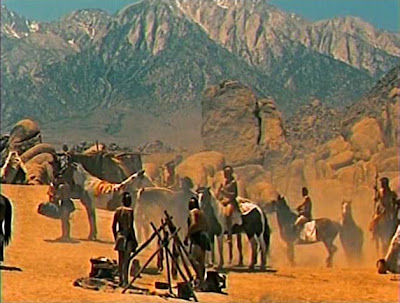 You can compare the rocks with this picture. 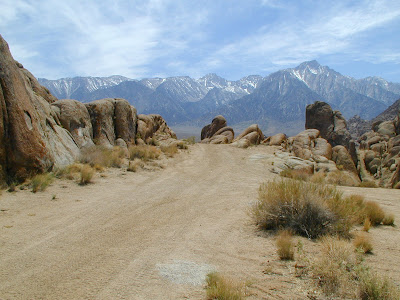 The following picture shows that narrow passage one would take to get to the top. In Comanche Station they turn to the south which is left from the camera's point of view: 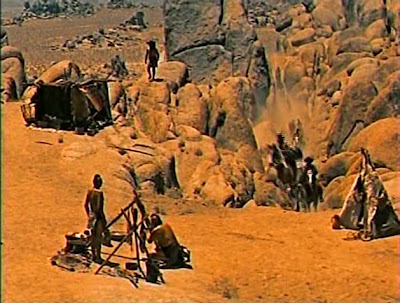 But, in Ride Lonesome. Randolph Scott captures James Best (aka the Sheriff of the old Dukes of Hazzard tv series) by turning north which is right from the camera's point of view: 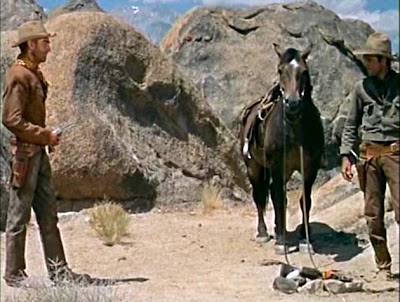 This picture you can compare with the above two. The rock at the furthest to the right of the picture is the same one Randolph Scott is standing in front of just above. However, that is where he captured him. 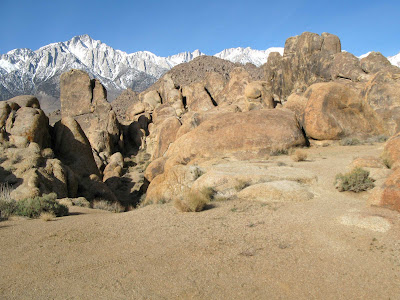 This is one of my favorite areas in the Alabama Hills. Gary Cooper went through that narrow passage to in Lives of the Bengal Lancers. It is interesting to note though if you would go all the way to the other side it dead ends. Meaning, it looks like they can approach with their horses from that area, but in the real world there is a cliff there with rocks that would be impossible to cross with a horse.
Posted by The Great Silence at 4:35 PM