The Planet of the Apes Village (Malibu Creek State Park)

Since the new Dawn of the Planet of the Apes movie opens tonight/tomorrow I thought I would show something from the original 1968 movie with Charlton Heston. I have hesitated showing this one for quite some time due to a few factors I mentioned on my last blog on here. There is nothing left there, and the area is not super scenic. Yet, I do like this area, and the fact the new movie has come out kind of inspired me. However, make no mistake, I don't believe what I am about to show is super impressive so take it for whatever it is worth.

This was the same day I visited where the farm was in Ride the High Country. Based on a mention in Medved's Hollywood Escapes book and a quick Google Earth view of the area prior to going I knew exactly where to go to get to the ape village in the original Planet of the Apes movie. So after doing what I needed to at the farm I headed north along a dirt road. After a few turns I ended up at the following: 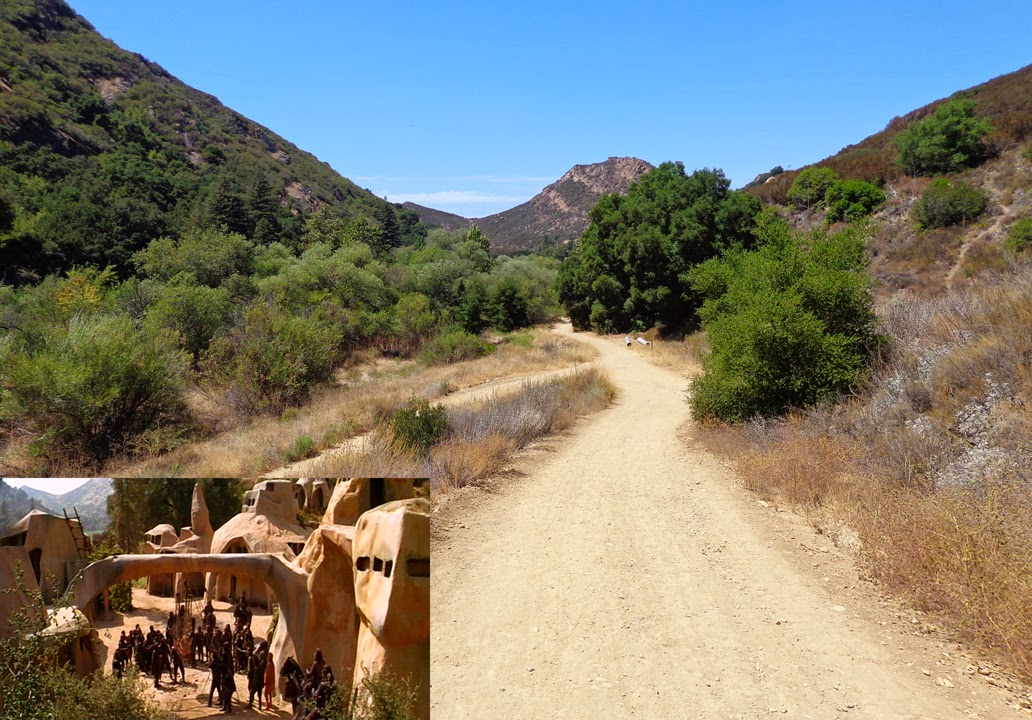 The actual village site would have been where the two dirt roads intersect. If you look in the background you can see where the saddle of the mountains/hills connect. The big bushy tree in the background is the same one as in the movie from what I can tell, but is not helpful as the saddle in showing where the village was at. Btw, all the bushy type of trees on the left side of the picture are covering up where Century Lake would have been during the time of the movie. The lake is still around, but I don't think it goes out this far to the road anymore. 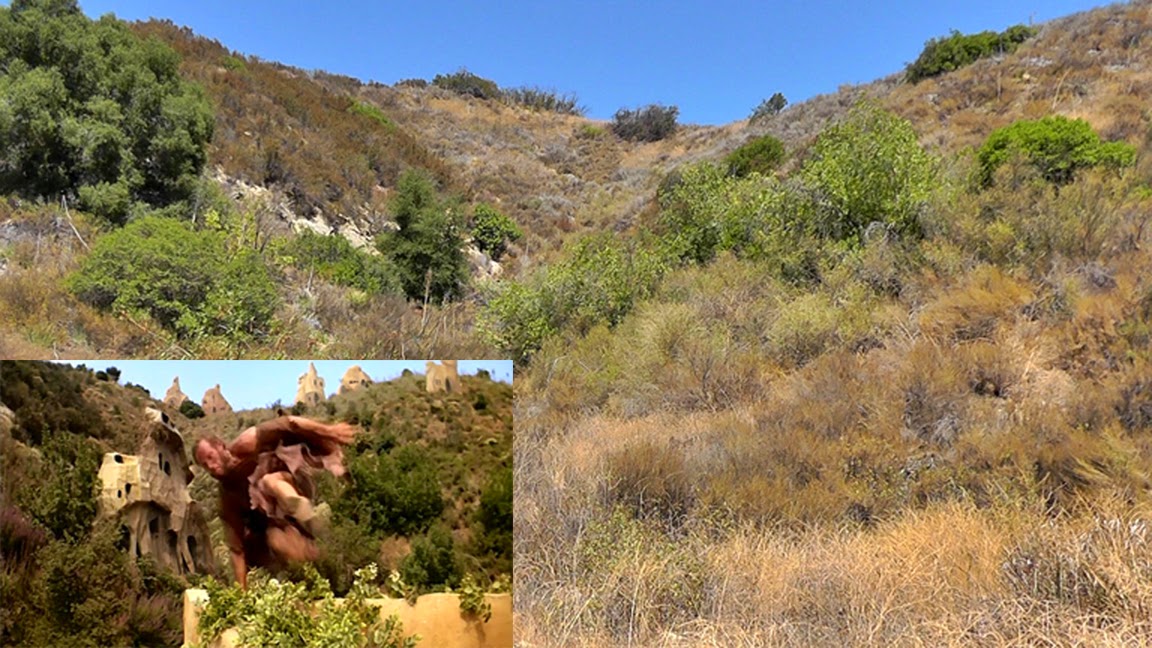 The above picture is taken from my camcorder. If you head down to where the ape village would have been and look to the right up this hillside gets you this perspective. Some of those bushes up above appear to be the same as during the time of the movie. 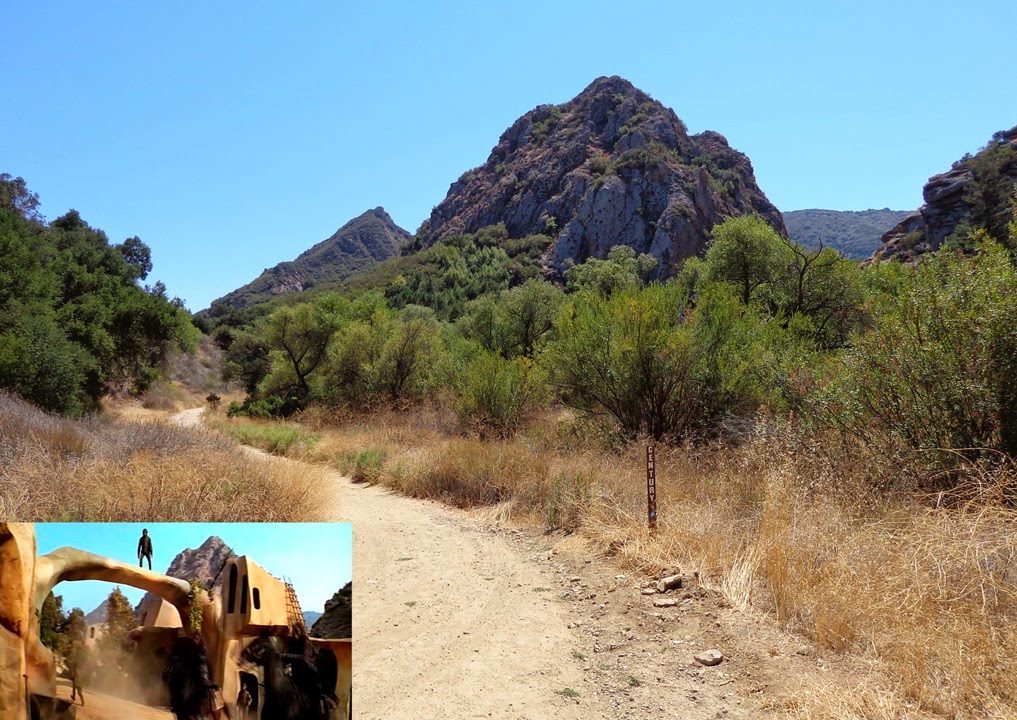 The above picture is turning around and looking at where the lower dirt road goes. You will notice the crags which are the clearest landmarks for letting one know it is the right area. This road takes you to where you can see Century Lake: 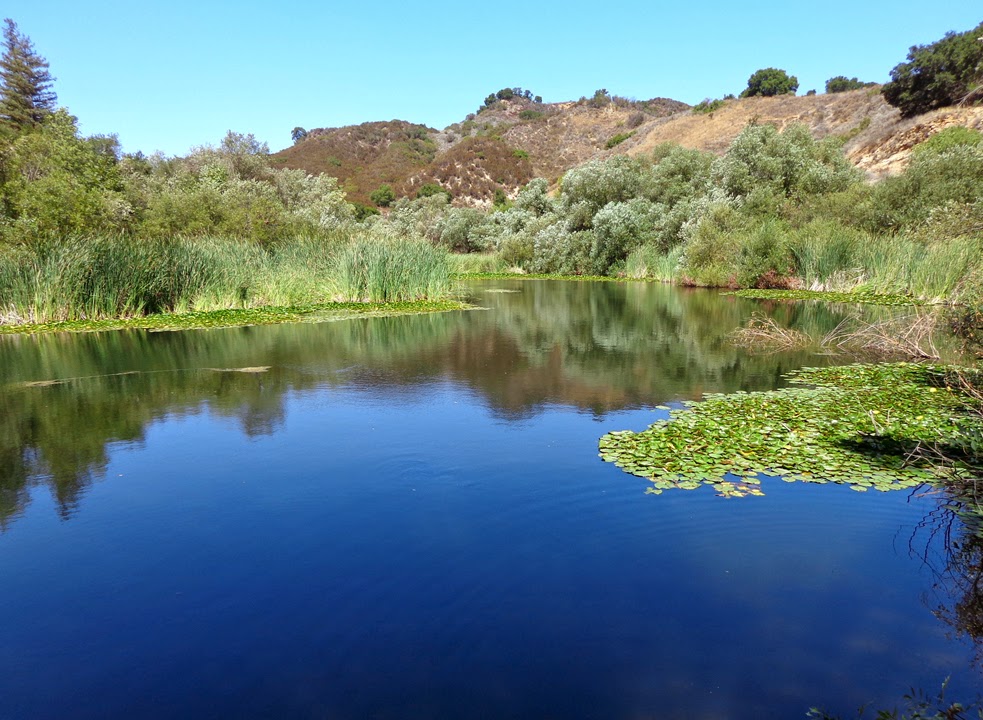 Unfortunately, when the state purchased the park they took down the ape village set. Malibu Creek State Park has other Planet of the Apes locations, and there is one more I wouldn't mind getting back there to do, but if and when I do is a different story.

I did a video for this one, again not super impressive, so take it for whatever it is worth:

However, if you would like to see some real apes in action, I also uploaded a fun video I had of me playing around with some of the baby chimps at the Los Angeles Zoo:

Of course, if you would like to see the old blog I did at Point Dume for the ending of the original movie then go HERE.
Posted by The Great Silence at 3:00 PM