On April 6, 1917 the U.S. entered World War 1 due to what is known as the Zimmerman note and German unrestricted submarine warfare. It seems like it was just a few years ago that I was noting the 100th anniversary of an old west hanging that took place. The world changed dramatically in those years of the war. WW1 was the great event of the 20th century that influenced just about every other major event of the 20th century to even issues we face today.

I decided to visit the WW1 exhibit at the San Diego Air and Space Museum. While they feature everything from the dawn of flight to the modern era, I wanted to focus this blog on the WW1 aircraft they have. One has to remember that at the beginning of the war in 1914 that airplanes had only been in existence for about a decade. At the beginning of the war airplanes were used to make observation flights into enemy territory to see where the enemy was. Reconnaissance was the key early on. Some have claimed that air power in the first world war did not have that much of an impact on the war, but at the same time probably made it a longer war because the element of surprise was gone due to the reconnaissance being gathered. In other words, it bogged down in trench warfare because each army knew where the other army was.

As the war went on something had to be done about the enemy planes or observation balloons viewing one's territory. That is where the origin of the dogfight took place: planes attacking planes. Early on the notion that there was chivalry between the pilots where there was a knightly respect between pilots was not uncommon. However, as the war went on and technology increased that became less likely. One of the key technological developments came though the design of the Eindecker III plane: 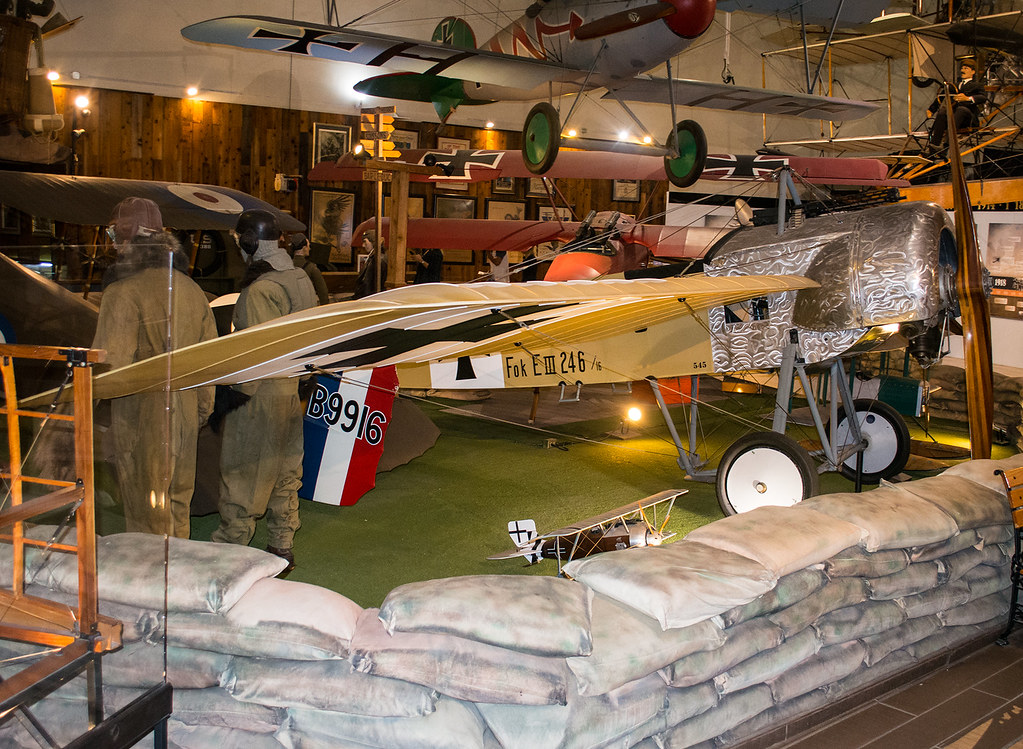 This was the plane Anthony Fokker developed a synchronized machine gun that could shoot through the propeller without hitting it. This is what led to what is known as the "Fokker Scourge" of August 1915 to early 1916. One of the main fighters that ended the scourge was the French Nieuport 11: 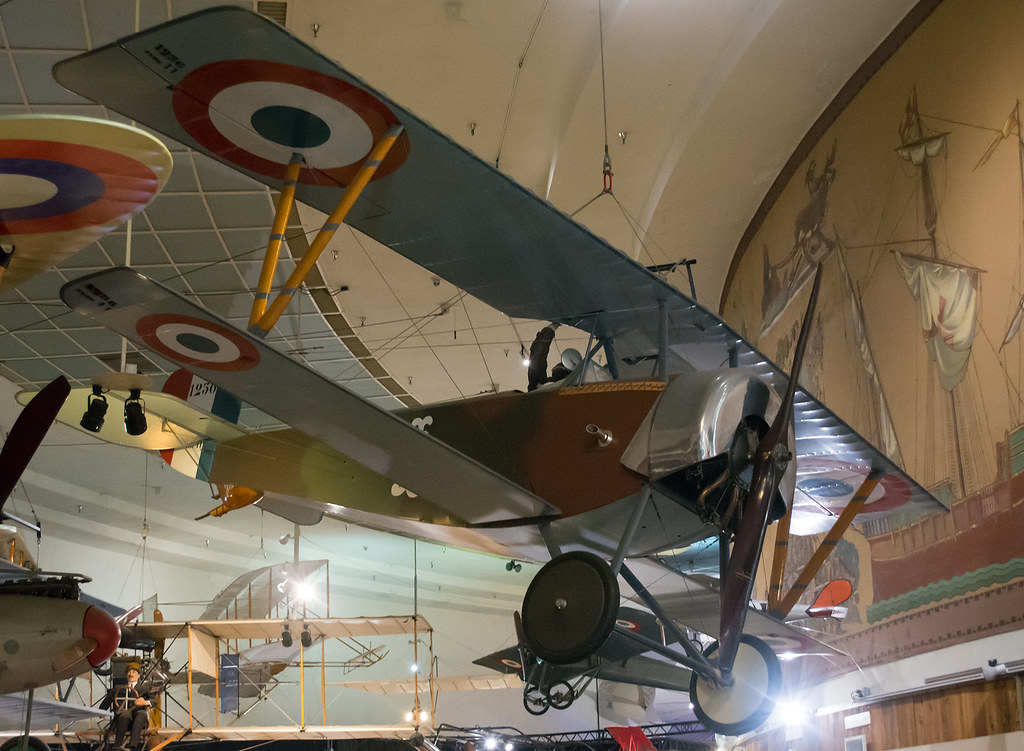 What is considered the best German plane of the war was the Albatros D. Va: 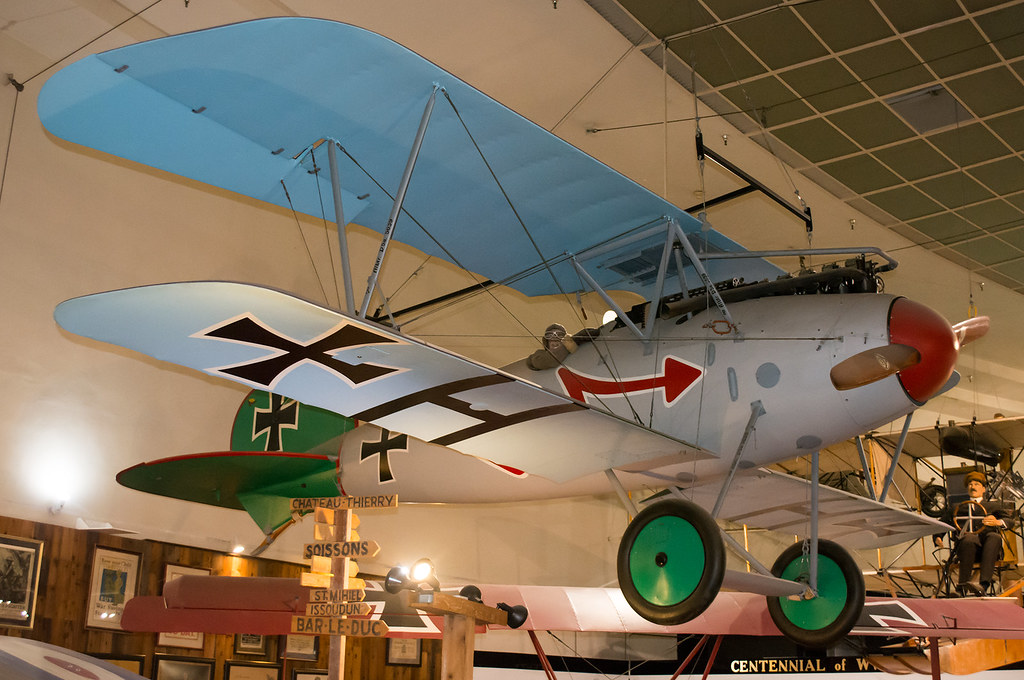 One thing I should mention is that even though the U.S. entered the war on April 6, 1917 it had an economic impact for the Allies, and the navy helped too. It didn't have much impact on the war on the ground or in the air for another year. In fact, the U.S. had to end up buying airplanes from the Allies since it had none ready for an air force. One of these was the Nieuport 28: 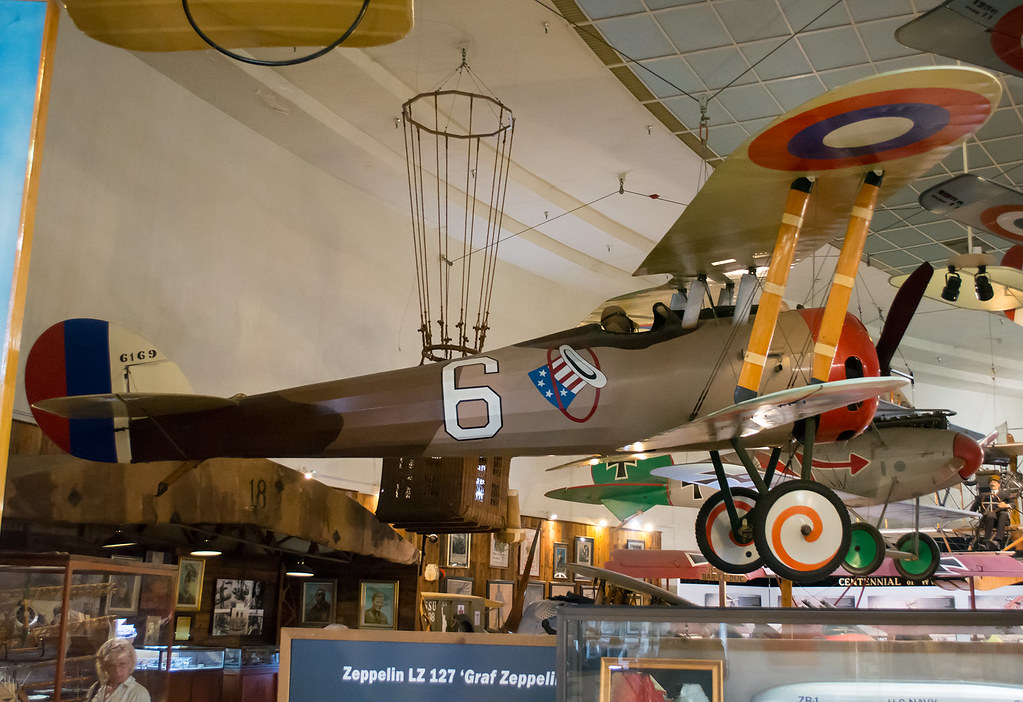 Another was the SPAD VII: 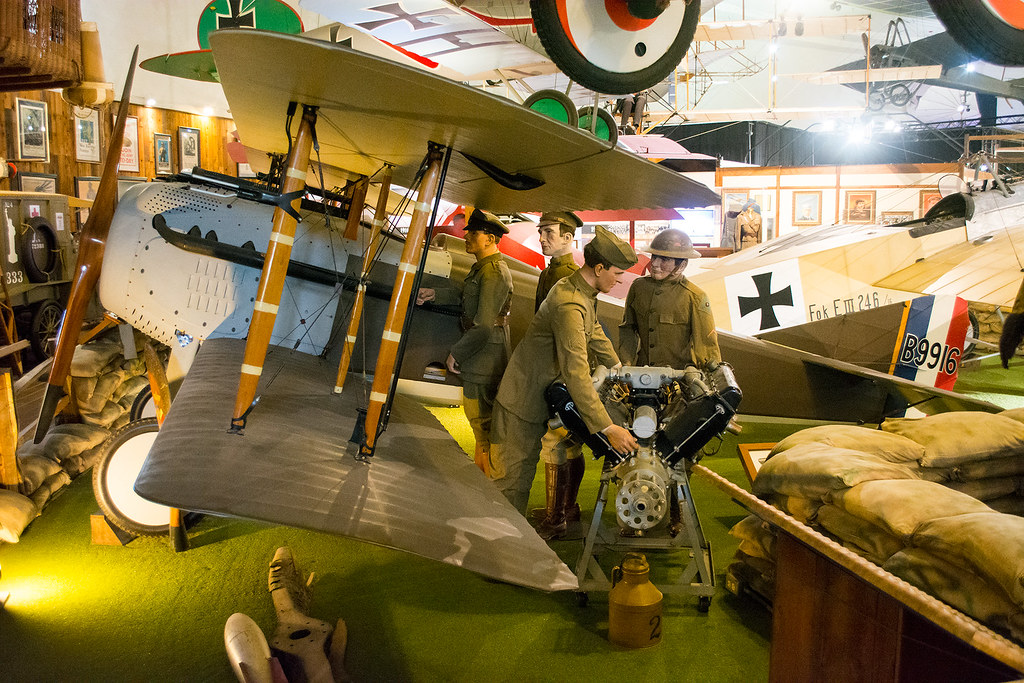 Of course there were many other planes used. At some point in the future I will show some of the others I have from a different museum. There are not many WW1 era museums or aircraft in my area. So I was happy to visit this museum.

A few books I have read and influenced this blog:

Marked for Death: The First Air War by James Patterson

Be sure to check out The Great War Youtube Channel for a week by week look at the war. They just released this video of the U.S. declaring war on Germany..

Finally, the link to the San Diego Air and Space Museum.
Posted by The Great Silence at 2:01 PM