The 7 Men From Now Relay Station (The Alabama Hills Series)

(N36 36.550 W118 07.525)
Here is some nice movie archaeology. This is going to be the last one of these I do for a while so I thought I would end on fun one.
The station was out right next to Movie Road and most people just drive right past it. The Tyrone Power movie, Rawhide, was filmed in almost the same area. When you watch that movie look for some of the same areas I have shown here. 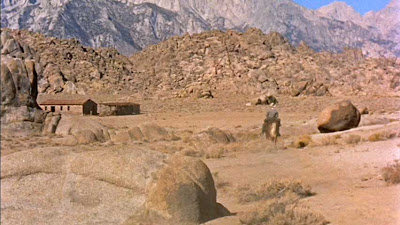 The camera for the movie was slightly to the right of where I was, but you should see the same rock formations all around. 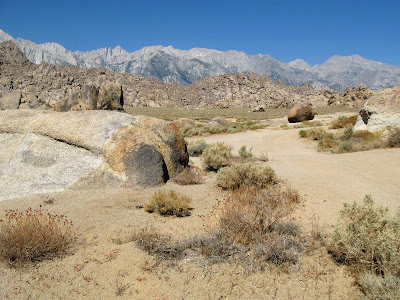 After Randolph Scott rides across Movie Road he goes to this water well. 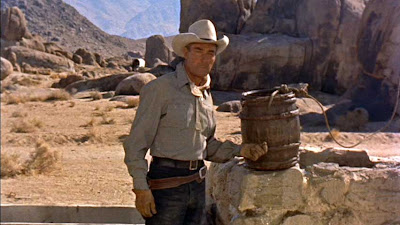 It does look like they knocked down the well, but left some of the stones there. There are some small cement fragments lying around. It does seem these are the remains of that well. 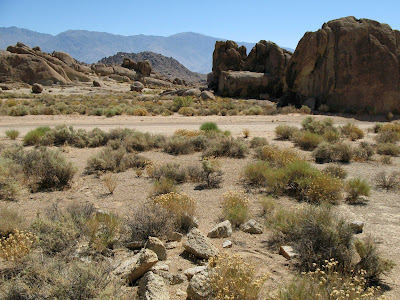 Here is another look at these stones. 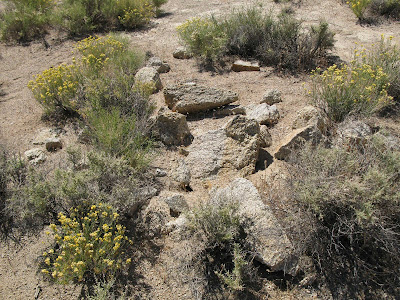 There are other pieces of debris out near where the station was. This is the one I showed in the video. Was this from the movie? Maybe, maybe not, but things like this are unique to this area and you do not see debris like this just lying out in most of the areas in the Alabama Hills. 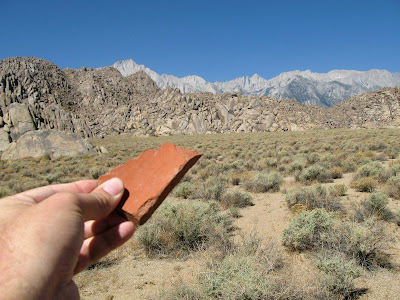 I am going to put a hold on the Alabama Hills stuff for a few months. I have a bunch more, but when I get back to doing videos and blogging I will be posting more about other things for a while.
Posted by The Great Silence at 3:34 PM

Tom Mix Ropes Them Up Location (The Alabama Hills Series)


Here is an easy one, but fun because it is a silent movie location: 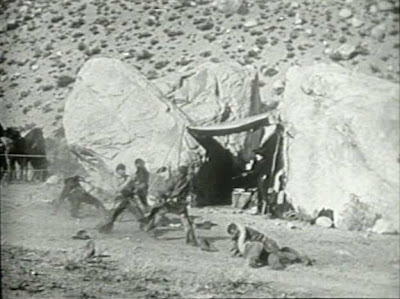 Tom Mix made Riders of the Purple Sage in 1925. He made Just Tony (1922), Flaming Guns (1932), and Terror Trail (1932) here in Lone Pine as well. This is an easy to find location because they filmed in what is known today as Lone Pine Campground. In fact, if you reserve it, there is a camp parking spot right next to this rocks on the right side. Usually when I am here there is someone's car right next to these rocks. 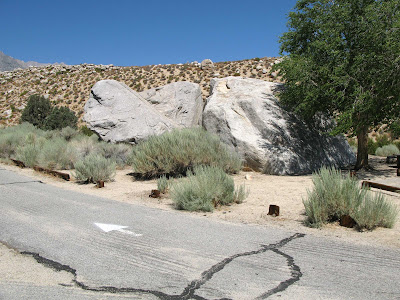 The only movie I know of that has Henry Fonda in Lone Pine is How the West Was Won. In a scene, he had a cabin nearby that he lived in. John Wayne was nearby as well for North to Alaska. People tend to take pictures from here because you have a direct line to Mt. Whitney in the background. 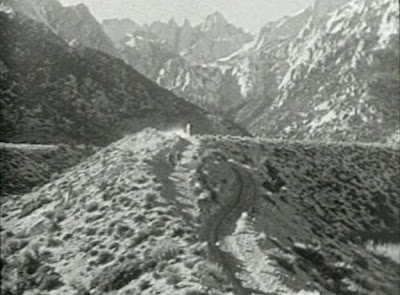 You may have to click my picture to get a bigger view of it or look closely, but you can see the trail that was there in 1925. It looks like it splits around. 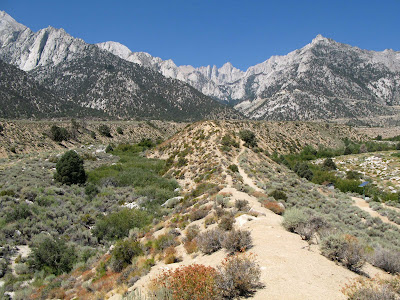 I like silent movie locations because those tend to be the harder ones to find. Most silent film areas are so old that they usually are built over unless you are away from civilization like this one.
Posted by The Great Silence at 2:00 PM