Up until about a week ago I planned to skip doing anything for Halloween. After thinking about it I thought there is one area I would not mind doing again on here. So without further ado, here is the video for The Cabin at 7 Cienega Mirth:

I’ll be doing another blog that should be up next weekend that will run a slightly different non-Halloween edit of this video with some alternative footage. I explain why when I get to that point. However, in the meantime let me go over some of my thoughts on this video and what actually happened. 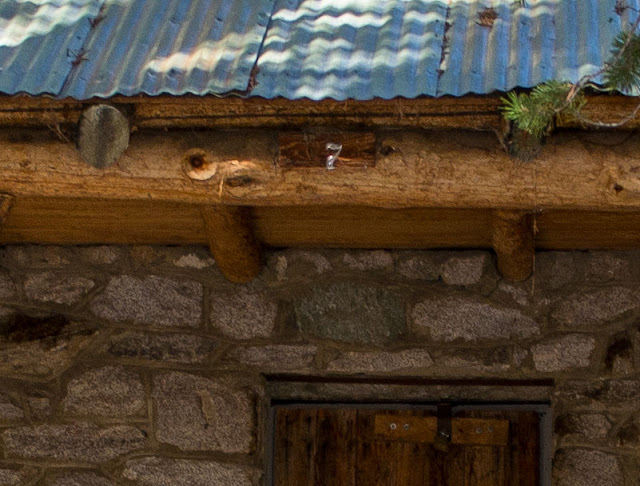 If you have seen the original video that I put up some years back, you might remember the weather conditions with the clouds going over the mountains making it a little extra spooky. I knew there was no way I could reproduce that atmosphere in this most recent video. That is probably the main reason I will keep the old video up along with this new one.

The old video, like a lot of my old videos, is hard for me to watch. It was good for the time I did it, but it was from an older camcorder that did not have the features my latest one has. I did a bunch of things in that video that I would consider editing mistakes today. After thinking about it over time I started to get the itch to do another video of this spot.

Originally, the idea was to video the cabin all in one take right as I reached the spot. That didn’t work out as I explain below. So, I went with the backup plan. The video came out alright. There are a few moments I would have liked to have done over, but overall I am pleased. I had more special effects ready to go, but when I did some tests on Youtube the quality wasn’t working. So, I decided to cut some of them out.

You know how I mentioned in the video that it can’t get worse than a zombie outbreak or the Evil Deadites showing up? Well, it did!

I parked at the backpacker’s parking lot again for this one. There is a trailhead closer to Glacier Lodge in Big Pine. The trail from the backpackers parking lot is a little more exposed, seems slightly longer, but starts out a little higher. I got there around , noticed a bunch of cars parking, and started right away.

I had the trail all to myself. It took me about an hour to get to the cabin. Then as I was making my way with the camcorder recording I spotted two people in front of the cabin. It was slight shock to seem them since I thought I would have the place to myself. I decided to skip the cabin and go to the first two .

On returning to the cabin I started the recording again. This time I noticed some people sitting by the stream by the cabin. Oh no! I didn’t want to have any people in this video since that would ruin the mystique of what I was trying to create. No problem, I just went with the backup plan you saw in the video.

However, before I did that I shut off the recording and went to the people there in an attempt to just be High Sierra friendly and let them know what I would be doing. Oh my goodness, these people were complete “holes”. As I approached I said “hi” and then asked in a joking way, “So, are you fishing today?”  They didn’t look back at me, but just said “Huuuuhhhhhhhhhh?!?” I asked the same question and got the same response. Then I changed it to, “Are you taking pictures?” and the same response. Sigh. I understand people wanting to be left alone in the isolated High Sierra, but these people were ultra-unfriendly. I then told them that I was going to take a short video of the cabin, but not too worry I wouldn’t be getting them in the video. The guy then completely understood me and told me they were only going to be there for five more minutes anyways. I did what I said and got out of there right as others showed up. So, I never did have the cabin to myself. No big deal, but that couple really put me in a bad mood. Zombies, Evil Deadites, or unfriendly idiots made stupid by a haunted cabin seem to be all the same for me.

When I got back to the trailhead I was still a little irritated, but felt better driving back to Big Pine and HWY 395. I still had another thing I wanted to do that is…going back to the Alabama Hills! I should be feeling great when I get there! Then as I made the turn in Lone Pine to head to those rocks, and I saw a sign that said, “Roadwork ahead! 25 minute wait!” You have to be kidding me! I thought I had escaped this. Turns out on this trip at many points on HWY 395 from just past Kraemer Junction to the June Lake Loop to Lee Vining and beyond there were twenty minute stops due to roadwork. The one place I didn’t think would face this, but they were doing something on . There was something else that was annoying about the Alabama Hills, but I leave that for some other time.

The music taken from Incompetech.com is called Metaphysik, One of Them, and Thunder Dreams.
Posted by The Great Silence at 5:11 PM