If you have not, please check out the previous blog before this one since this is the conclusion of this two part hike. So when I left off we were in a pitch black tunnel. I shot a few pictures with my camera that has a flash that showed where we were: 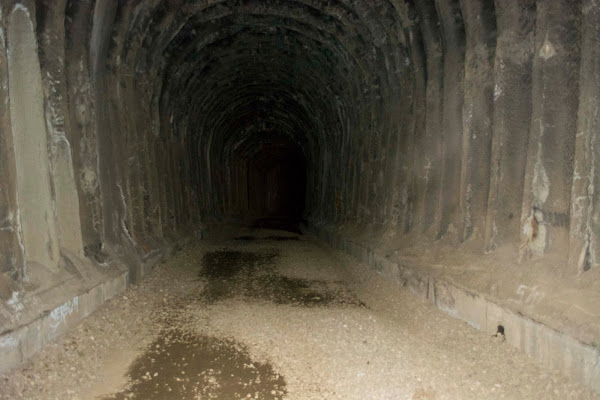 Somewhere I think we remembered on the way back we had cell phones that might be helpful like the Phial of Galadriel if we truly needed light. It took a few minutes, but finally I saw a tiny dot ahead that started to get bigger. Btw, in the video I did not show the pitch black part because I think it would have been ridiculous. It would have been like just showing a black screen because you cannot see anything. I show a few seconds of where the light at the end of the tunnel was bigger. In any case, we came out of the tunnel, looked ahead, and down to our left we saw Donner Lake. I show that in the video. The following picture was a bit earlier before the final tunnel we came out of. I just wanted to show how the cloud was over the lake. 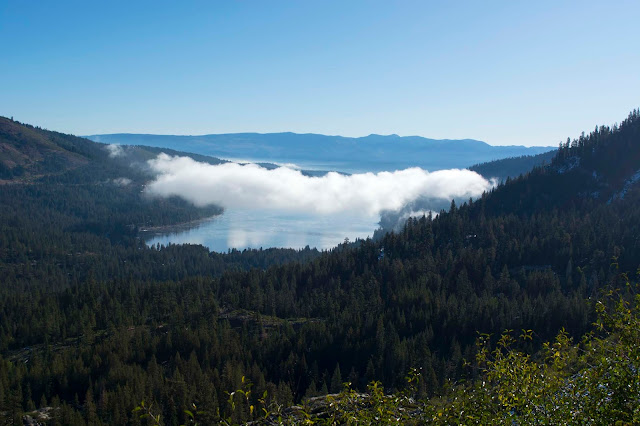 The following is looking back at the long tunnel we went through. 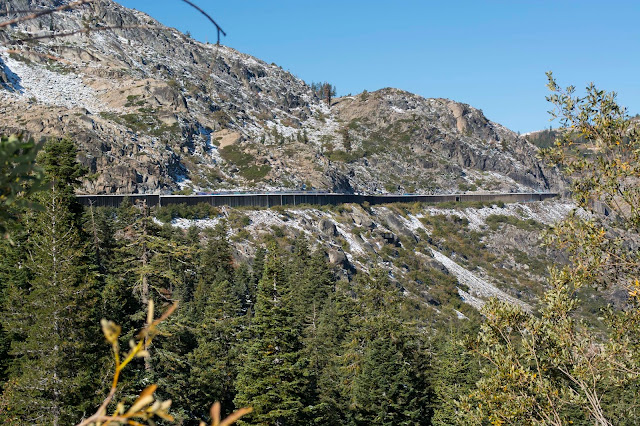 At this point I think it is a good idea to give a simple explanation as to what was going on here. If you were not sure what this was, these were train tunnels used with the transcontinental railroad built by Chinese workers and finished in 1867. It was used from 1868 to 1993. Without tunnels it would have been very difficult to maintain a railroad over the Sierra during the winter months. So, this tunnel was created. 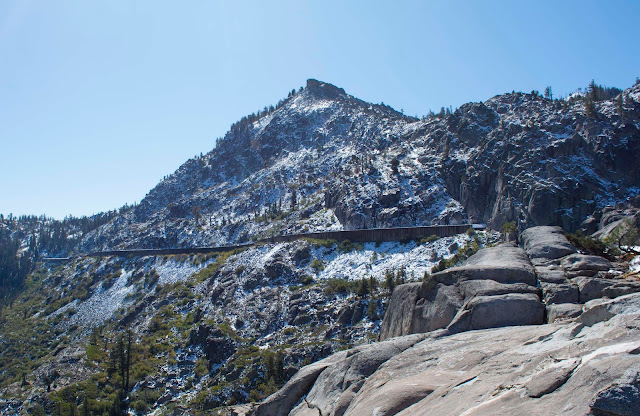 When we left we drove down to an open area that gave us good views of the area. Here you can clearly see the icy snow on the mountain as well as the train tunnel. Down below to our left was the following: 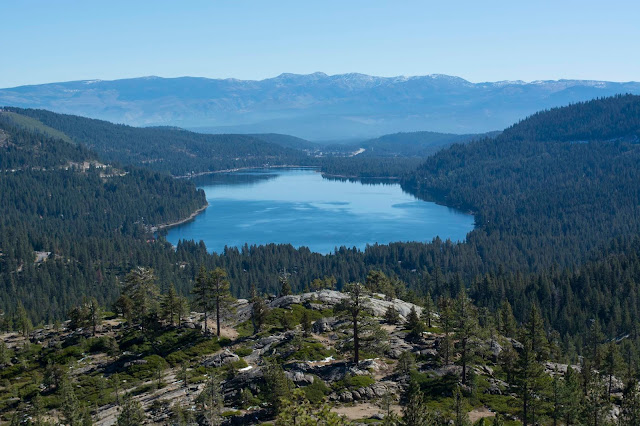 The cloud over Donner Lake you saw earlier was gone. We went home after this, but I should say a few extra things here because I am not done with Donner Pass just yet.

This hike was done during last October, 2019. We knew we wanted to come back to do the other hike we originally thought we were going to do. Our goal was to do that and visit the Donner State Memorial Park during the summer of 2020. I ended up regretting not going to the Memorial Park during this October trip. I will explain why whenever I get around to putting those blogs together. Hopefully, by the end of the year. Until then...

The music from Incompetech.com used in the video is called Symmetry and Man Down, and Crypto.