This was the hike I thought we were going to do in October, 2019. When we got there the icy snow was bad enough that we did not feel comfortable taking my sister-in-law. We decided to come back for this one in August, 2020. This time we were getting gas in Truckee and noticed a sign saying the road was closed! Great, we just drove a few hours to get denied a second time!

We had an idea to get back on the freeway and come around to the trailhead from another way. Otherwise we would have to look for something else in the area to do. Fortunately, after about a ten to fifteen minute drive, we were able to get to the trailhead from the other side of historic Donner Pass. Somewhat relieved we headed up the trail. 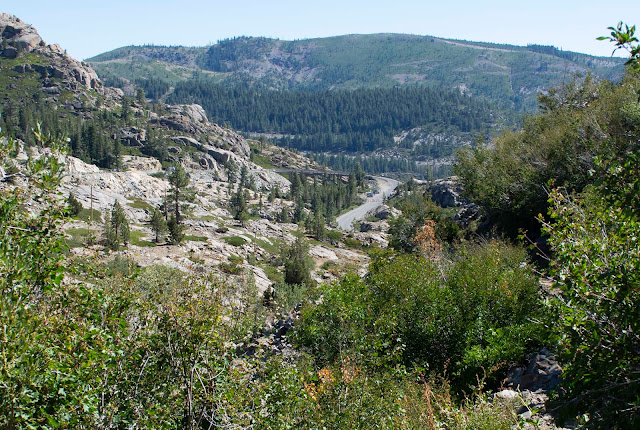 This is just up the trail and looking back at the road to Donner Pass. We drove up this way in October, 2019. This time they were doing some work on it. If you look closely you can see they blocked off the road. I was glad I took some pictures and video from that area in October which you can see in the October 31st blog. I was not able to access it this time around. 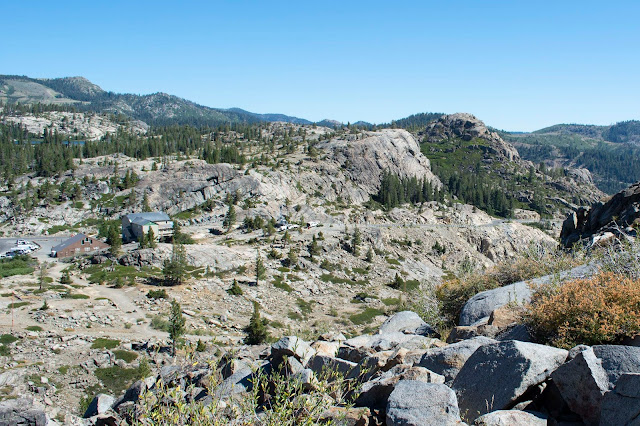 The picture above is the historic Donner Pass. This was the pass the Donner Party was attempting to get up to in the winter of 1846-47. Not shown is Donner Lake which is down below on what would be the right side of the picture. They stayed at the lake, and the goal was to get up to this point from there.

This is all am going to say about Donner Pass because we turned around and started hiking the trail away from Donner. There were two other passes discovered during that time period that were relatively easier if you knew were they were. One would be Roller Pass and the other Coldstream Pass. For this hike we went to Roller Pass. 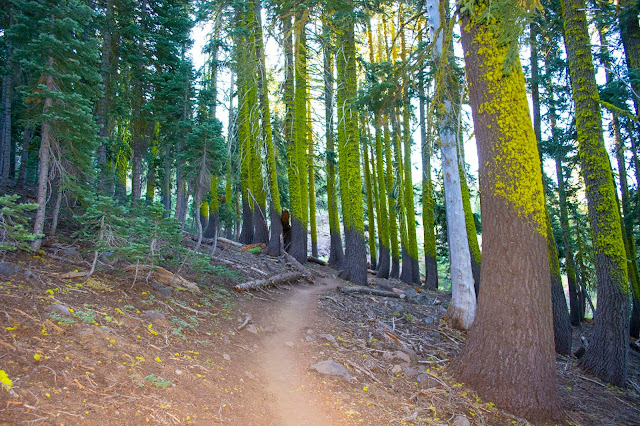 This is the type of terrain we encountered on the way to Roller Pass. Honestly, this was a pretty easy up and back hike that only took about two hours. Very gentle uphill, quiet, and relaxing. I would consider this more in line with well maintained trails of Yosemite or something on the Western Sierra. We were in the mood for something easy so this was good one to do. 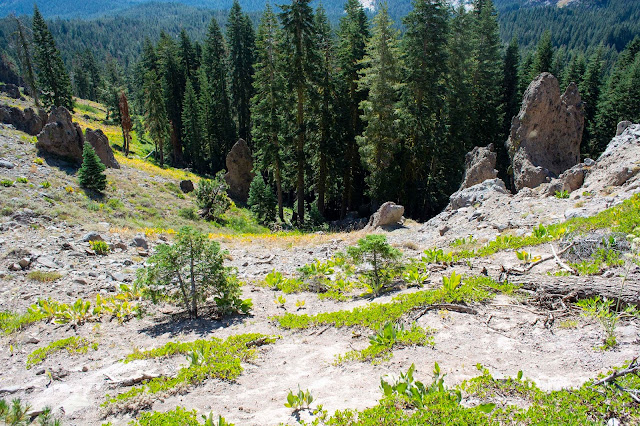 This is Roller Pass. The picture does not completely do it justice, but there is a big incline here. You have to imagine trying to take your wagons up this way during the late 1840's. They estimated a little less than 10,000 people came through this way during that period. The following sign might be helpful: 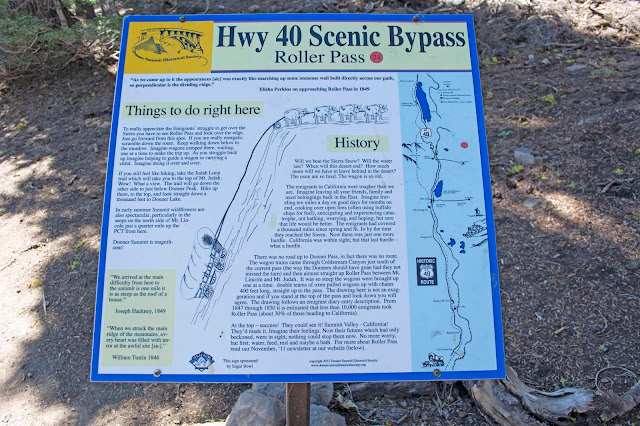 If you want to read the details you should be able to click the picture to get the bigger version.

After spending some time checking out the pass we decided to go a little further. The following is where we ended up looking back: 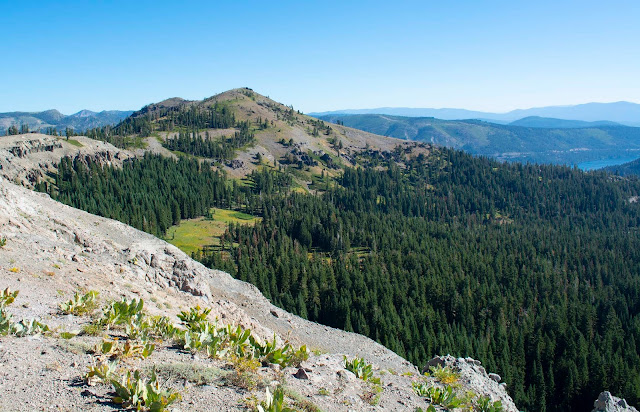 Roller Pass is on the left side and you can see some of Donner Lake on the upper right part of the picture. We had the option of hiking up to Mt. Judah which is the high point you see. We just were not as motivated to do that. I am sure the views from there are great, but this was not like climbing a peak in the Eastern Sierra which are much higher. There is always another time for that if we ever get back this way. So, we were satisfied with getting to Roller Pass and a little beyond.