This begins the climax of what I have been building to in the past few blogs. This is the third and ending part of The Shark Fin Hike series, but this particular location itself will take a few blogs for me to present everything. I'll probably have to re-edit these as I try to finish it up.
Over a decade ago I was watching the movie Cattle Empire (1958) with Joel McCrea. I did not really care for this movie very much. A lot of westerns use a variations of the same stories over and over. How they are executed though is the key. In the case of Cattle Empire it is the type of movie I would watch once because of Joel McCrea, but never watch again. However, they did one thing at the end for the climax of the movie that I really liked.
I told myself at the time that I would have to hunt down the location and do something for it on this blog. It was not a priority compared to other things I wanted to get done. I'll get to some of the obstacles in the next blog or two as to why it took me so long. Let us get started on the actual location. 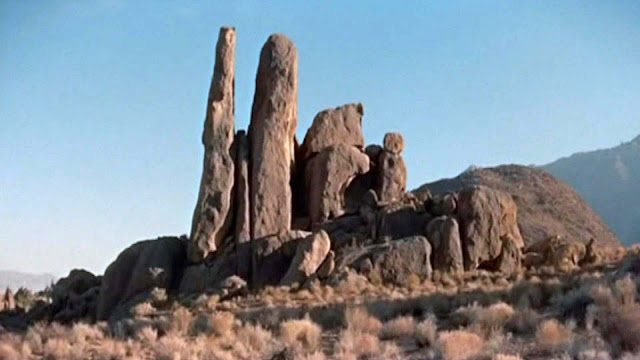 The movie starts on a town set, but it gradually has outdoor scenes for the cattle drive scenes. At the end, two opposing groups of cowboys fight it out here. The above rock formation was taken from the Cattle Empire movie. It has been seen in lots of movies in the background, but in this movie it is featured. 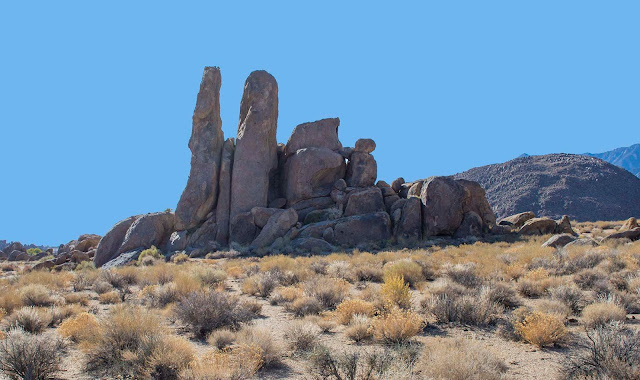 The bad guys show up on both sides of the above rock formation. Before that happens, Joel McCrea and his cowboys head to the following gully. 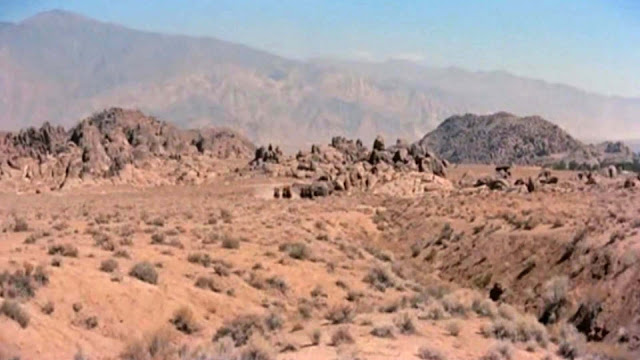 This is our gully that they come to. 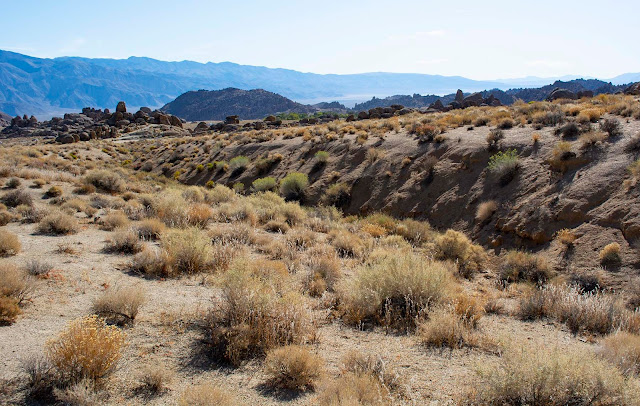 When they arrive Joel's cowboys hide behind it. He eventually sends part of his cowboys off further to the west to set up what is a flanking attack from the side. 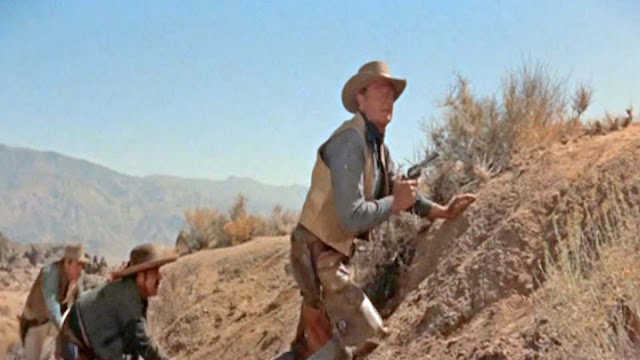 This is another shot of the gully that will give you you some idea of how they used it here. 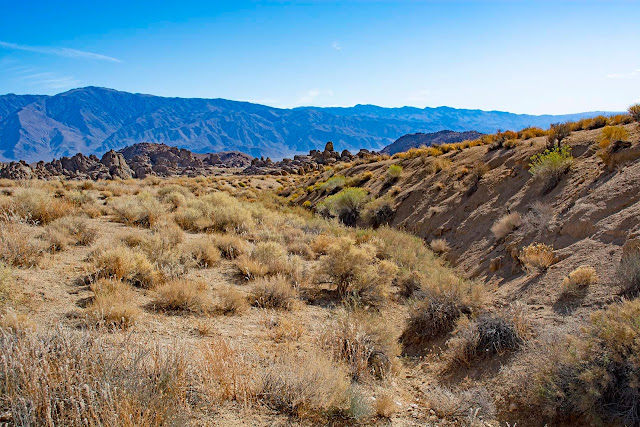 I'll continue this in the next blog.

The music used from Incompetech.com is called Stay the Course and Bittersweet.
Posted by The Great Silence at 11:00 AM