This is the second part the Joel McCrea Shootout. Again, this gets a little confusing because I need three blogs to do this location, yet all three are the final part of the Shark Fin Hike series. If it does not make sense to you, then do not worry about it too much and just follow along.

In Cattle Empire, the bad cowboys attack Joel McCrea's cowboys. During this scene there are a lot of quick edits back and forth. I cut out all of that here, but I do show some of that in the video. Eventually, Joel and company get the upper hand when the group that Joel sent to set up the flanking attack charges. Which leads to this shot as the bad guys basically give up. 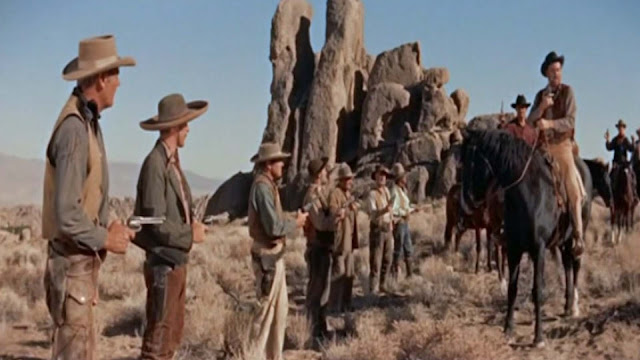 I mention this in the video that it appears that they shot this movie in the afternoon. I typically like to get to the Alabama Hills early in the morning. In this area, that is an issue because the sun hovers right into the direction of the camera when I am there in the morning. I learned my lesson on this, and the last time time I was there made sure to bring an umbrella to block some of the sunlight. 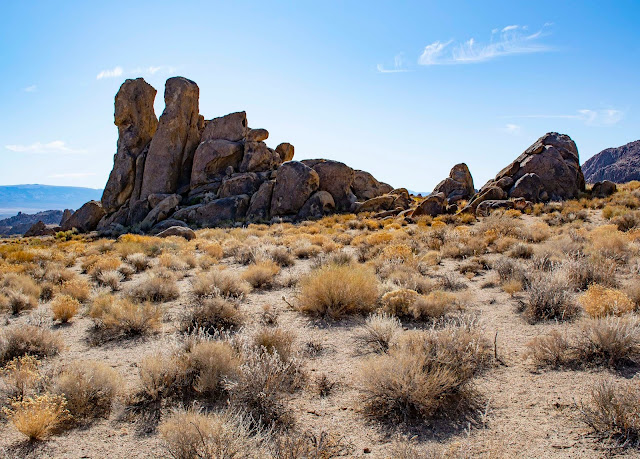 In the movie, our main villain does not give up and runs off into the following group of rocks. 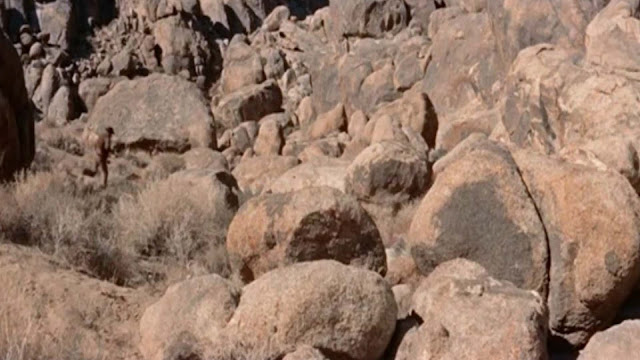 This is where the fun really starts to begin. Hopefully, you can match up some of the main rocks here with the above picture. 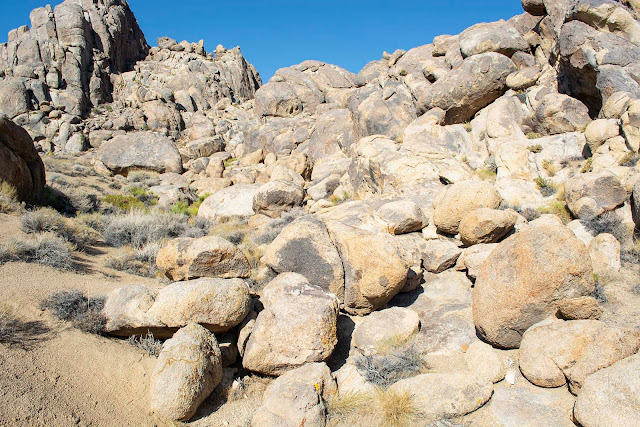 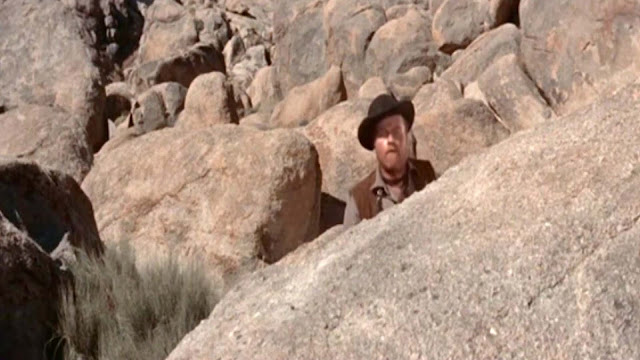 In the following picture we have the perspective of Joel McCrea looking at the rock our bad guy is hiding behind. 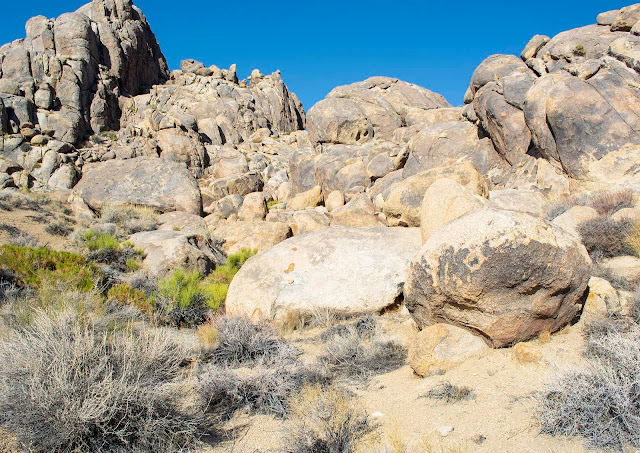 Tomorrow I will wrap this up by showing Joel McCrea's perspective, where they try to outwit each other, and the final gunfight position.

The music used from Incompetech.com is called Stay the Course and Bittersweet.
Posted by The Great Silence at 8:00 AM