(GPS: N36 35.930 W118 07.090)
(AKA The Shark Fin Hike Part I)
It begins! This is the first part in a three part series. This is a good series for a beginner to the Alabama Hills, or someone who also wants to check out some other areas a little off the beaten path.
I've had to delay this series for a bunch of reasons. The obvious one was what I was talking about in the blog of December 2019. However, one of the big reasons I have not had as many Alabama Hills blogs in recent years has to do with the fact that many more people are showing up there and hanging out in the areas I would make videos at. It is hard for me to do things if there are people or vehicles in the spots I am going to. This has happened a bunch of times to me after driving a few hours to a spot only to find it occupied. I was going to say something about this in this first video, but I thought it would take too long, and I would sound a little too irritated. It is a little more complicated than the way I just described it. I'm going to wait until I go back in the next few months, and see how the situation is before I say anymore on this.
The GPS coordinates take you to where you can park right off of movie road. It is a very obvious spot you get to right as you enter the Alabama Hills from Whitney Portal Road onto Movie Road. More than likely you will encounter some vehicles here because the Shark Fin is used for rock climbing. That is what most people know it for. I am going to emphasize the movie location part of it for this blog. 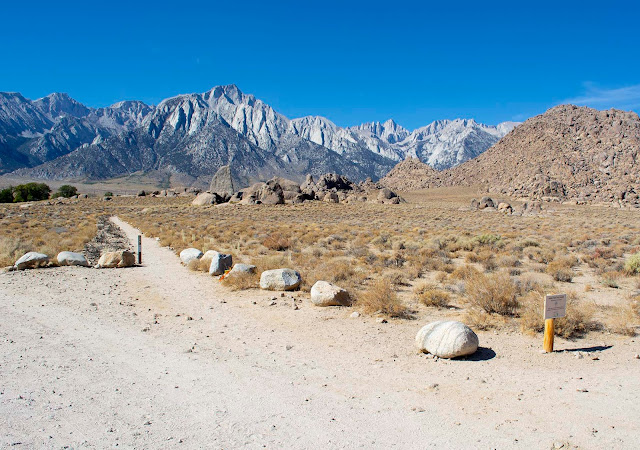 It is pretty obvious where to go here. The sign tells you to park here because you are not to take in vehicles any further. So you do have to get those feet moving. 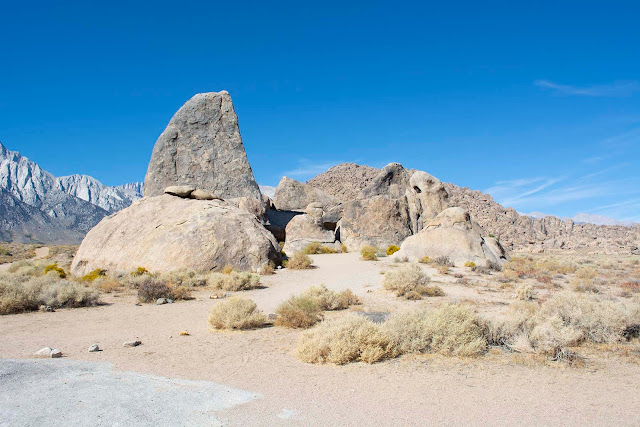 I have encountered rock climbers on the Shark Fin once or twice. Not always though. In the most recent time they were there I just bypassed them, and came back at another time. It is pretty typical to see this rock formation in the background of movies. I mention a Buck Jones serial in the video, The Roaring West, make in the 1930's that has it in the background. 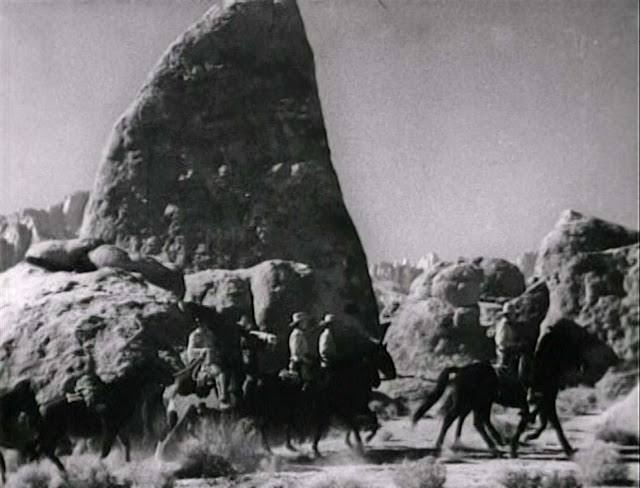 The one serial that had it was the Hi-Yo Silver movie you can find on dvd. It was originally The Lone Ranger serial from 1938. It is the same movie that has the ambush in what they call "Lone Ranger Canyon" in the Alabama Hills. Here the rangers ride into their secret cave. 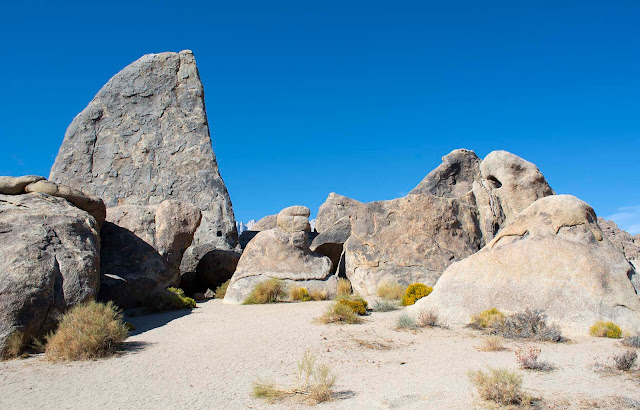 Of course, there really is not a cave there.

Music taken from Incompetech.com that is used for the video is called Crowd Hammer.
Posted by The Great Silence at 1:01 PM