So after spending some time at the Shark Fin rocks all one needs to do is continue on the trail past them to get to the next destination. When I did this hike on my own I could not remember how much further I needed to go since I had not been here in over a decade. After pulling around the corner of some rocks I came to this spot. 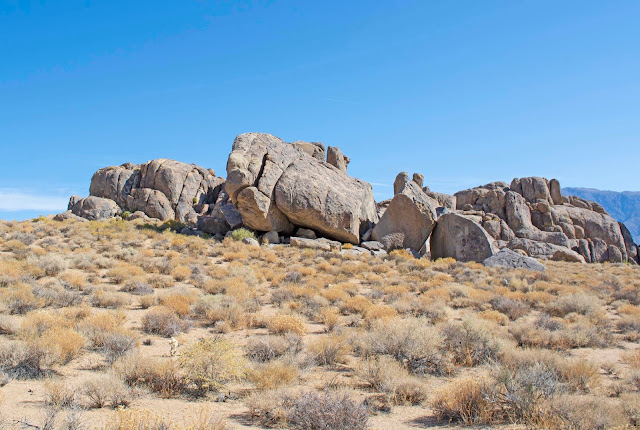 The following is a screenshot from the Tom Mix movie Riders of the Purple Sage made in 1925. In the movie Tom Mix climbs a mountainside and comes to these habitation huts. 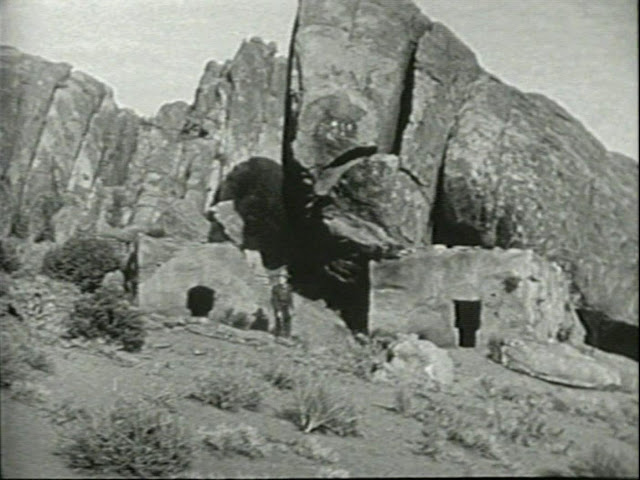 My angle for this shot is a little off here, since I should be moving over to the left some to line it up when comparing it to the following picture: 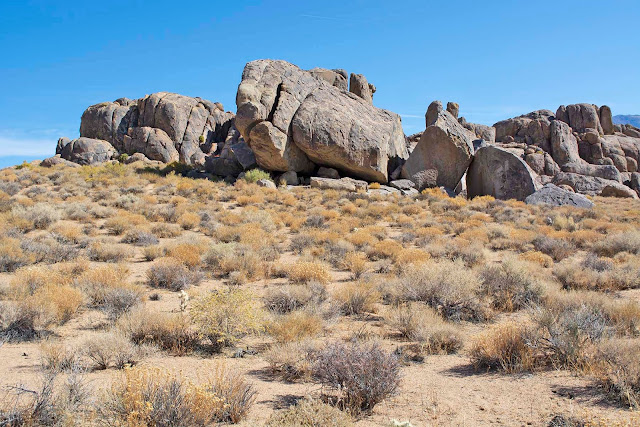 However, if my memory is correct, I was using the following picture from a different scene that lines up better. 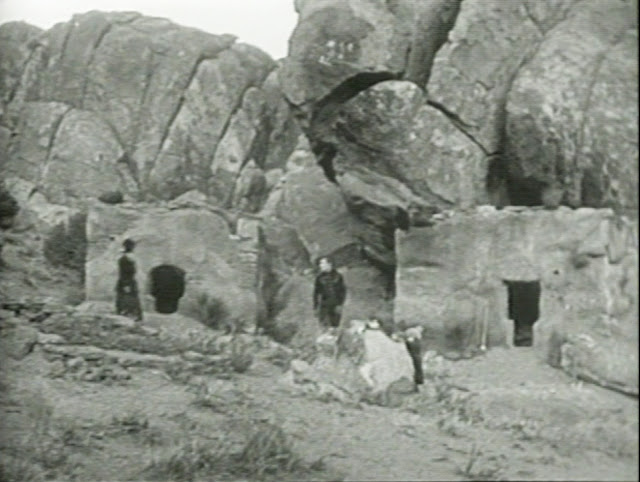 I think that works: 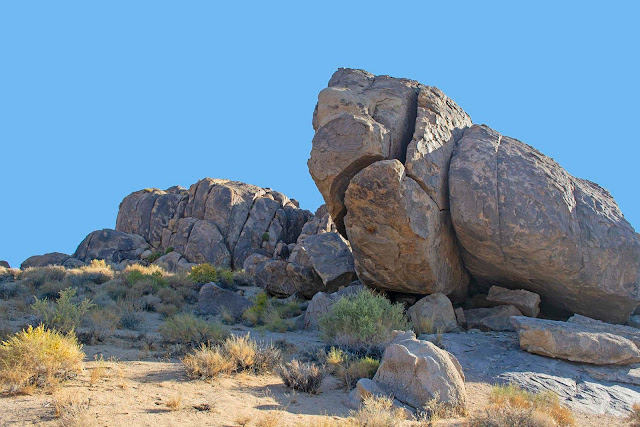 In the movie, they have Tom Mix look over into a shot of Yosemite which is great in the movie, but nothing you would see from here. Remember he is supposed to be on an elevated mountain here that he climbed to.
As I state in the video, I always enjoy looking up the old silent film sites just to see if there are any traces of what once was. In this case, there is a lot! That I am thankful for. Eventually, I will show a site where I can tell you it is the right spot, but there is nothing left. That is typical for many silent movie locations.

The music from Incompetch.com is called Mister Exposition and Frogs Legs Rag.
Posted by The Great Silence at 12:00 PM